5 reasons why ‘IT’ will make you jump out of your seat!

Horror movies are powerful. On one side, we get to experience the fears we have kept at bay as growing children, on the other, it works on nostalgia which slowly resonates with fear inside. However, when the two are mixed, thatâ€™s probably where the truest and deepest reaction to fright comes out; and thatâ€™s exactly what â€˜ITâ€™ does.

While the film is already being hailed as â€˜one of the scariest films everâ€™, here are our 5 reasons why â€˜ITâ€™ will probably make you jump out of your seat.

While not every horror film manages to keep the screenplay so terrorizing that each moment makes you want to hide behind your popcorns, IT will probably make you want to just close your eyes from fear. Itâ€™s definitely a mammoth task to turn Stephen Kingâ€™s 1100 page novel into a film, but this time around, it feels like justice has been served.

Imagine just watching something as innocent as a child playing with a boat turning into a bloody massacre in a matter of seconds. Thatâ€™s what IT does. It plays with the human psyche â€“ literally and in the screenplay sense â€“ making one scream from pure horror. Itâ€™s probably one of the only films out in the recent years that could make adults terrified to look towards the screen, and also probably a reason why itâ€™s rated PG-18.

In ITâ€™s case, the film relies on so many different aspects of the horror genre, that as a film critic or even as an avid film watcher, itâ€™s difficult to grasp onto what the film plays on. However, one thingâ€™s for certain, the largest quality of the film is that it feeds on fear (once again literally too). If you donâ€™t like clowns or creatures, steer away from the film right now.

For anyone who has ever been a fan of Stephen King and his brilliant work, thereâ€™s a high chance you want to watch the film ASAP. The film is a definite ode to everything the writer stands for, and thus, it feels super close to the novel. Remember the 1990 mini-series that scared the living daylights out of people? Double it and add tons of nostalgia. Having said that, for people who think IT is a new phenomenon and are asking what happens next, hereâ€™s what Stephen King has to say to you.

Don't want to wait for Part 2 of IT, the movie? You can always read IT, the book. Just sayin'.

For the uninitiated, Pennywise is the real name of â€˜ITâ€™ in the novel. Playing the role with perfection, Bill SkarsgÃ¥rdâ€™s garish smile is enough to make people sweat from fear. The actorâ€™s brilliant performance in the film stands out as one of the biggest reasons to why you should see the film. While we may not guarantee that youâ€™ll end up scared from every scene in the film, Bill at IT will make you want to look twice for clowns and red balloons wherever you go.

Previous post
Trends from FPWâ€™17: How to style your tunic this season
Next post
Curtain raiser to the PFDC Lâ€™Oreal Bridal Week 2017 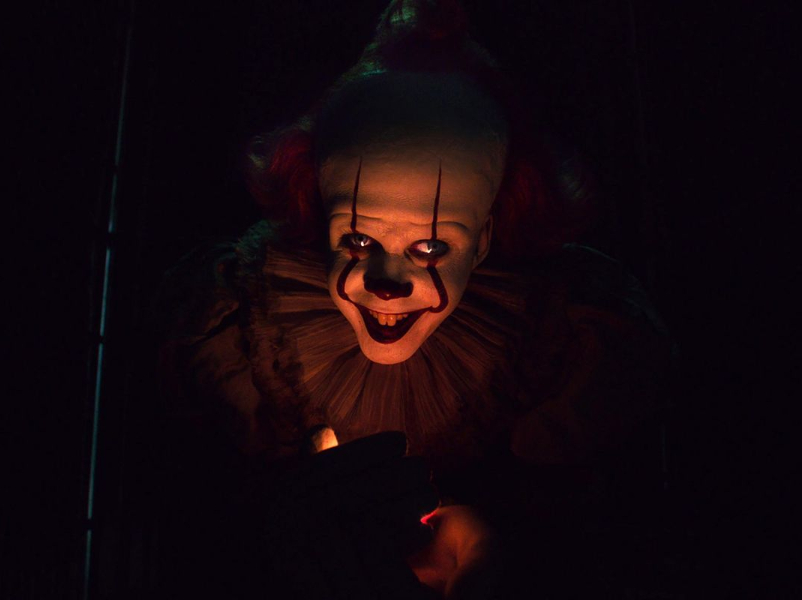 ‘It: Chapter Two’ clocks the second biggest horror opening at the box office