A-Plus’ ‘Ittehad Ramzan’ takes viewers to Ramzan around the world

Ramzan is a precious time in Pakistan, a time that the majority Muslim country actively looks forward to and prepares for, not only as part of our religious identity but also as a part of our countryâ€™s cultural fabric. Worldwide Ramzan is celebrated by over a billion followers of Islam and from corner to corner the thirty days of Ramzan are embraced, practiced and followed in the traditions of Islam in the countries that Muslims call home.

Ittehad Ramzan, which translates to Unity Ramzan, aims to break the (letâ€™s face it) horrific, capitalist monotony of Ramzan transitions of today. A Plus Entertainmentâ€™s show decided to flip, reverse and blatantly give the boot to the game show format that itâ€™s contemporaries have stuck with. Ittehad Ramzan hosted by Shaista Lodhi, has tasked itself with taking notable celebrities from the entertainment industry and traveling with them to 30 cities around the world to learn how Muslims in other lands spend their 30 days of Ramzan.

The show has struck a chord for not only being a simple and to the point celebration of the month but also for taking on the task of educating, broadening horizons and reminding its viewers that though most Pakistanis are Muslim, all Muslims are not Pakistani. That Muslims exist in many colours, speak many languages and though things may be different from food to pronunciation â€“ they are all devoted to one Book and what it teaches. In the very first episode of the show that takes actress Zhalay Sarhadi to Malaysiaâ€™s capital of Kuala Lumpur and also features a light hearted sit down with veteran actress and human activist Zeba Bakthiar, Shaista says that the month of Ramzan is â€˜seekhne ka safarâ€™ meaning a time to learn; itâ€™s a journey Muslims must take to expand their understanding of their faith and of other Muslims around them. This is the defining vibe of this broadcast: be ready and willing to learn.

Behroze Sabzwari, one of the esteemed guests on the Ittehad Ramzan transmission

Each episode of the show begins with a segment where scholars and Islamic educationists recite and discuss passages from the Holy Quran. The kick off episode had a young imam from Egypt and the show will further have visitors from Malaysia, Toronto and more. The episodes are also expertly sound-tracked with Sounds of Kolachi providing a rotating line-up of their musicians to play orchestra for the show, where in addition to instrumental they perform nasheed (a nasheed is a song that carries with it an Islamic belief, practice, etiquette or lesson). Every episode features up to three nasheed.

Television is a medium that heavily relies on social media and the internet for its information that is still (mostly) reachable to the mass population. The intelligence behind this show is that it enters the living rooms, shared community televisions and world of Pakistan and shares with them their Muslim brothers and sisters in other countries. In a country that can often feel isolated sharing most of their customs with a rich history made up of centuries of South Asian influences, the chance to view other Muslim lifestyles aims to open eyes and be a reminder that we can be so different but also be the same.

Tapping into talents like Ali Kazmi, Syra Shahroz and frankly a trusted morning host like Shaista Lodhi, has given the show validation; these are faces and personalities that viewers like and trust. For people who value our countryâ€™s celebrities, their championship of the programâ€™s intent is in a way celebrating (and frankly withholding bias and judgment) that opening your heart and eyes for the ways of others can be and is a positive learning experience.

The show which will run for the duration of Ramzan and plays for five hours (2-7 pm) a day doesnâ€™t forget its home country. Beautiful naats and scholarly discussions punctuate the program, personalities involved in philanthropy come on as guests, as well as imams and scholars from other countries. The good that Pakistanis are doing for their communities are brought to the forefront. Ittehad Ramzan has attempted to break the mould and we can confirm is doing a good job of it. 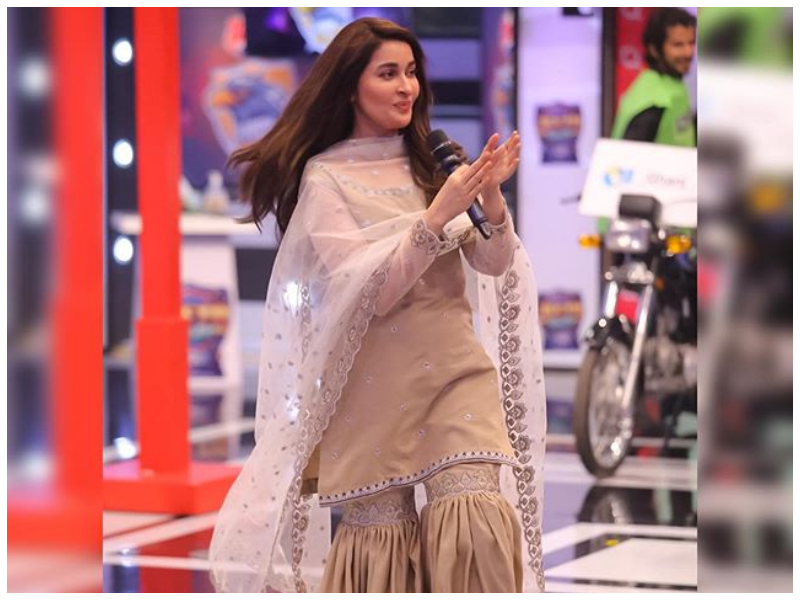