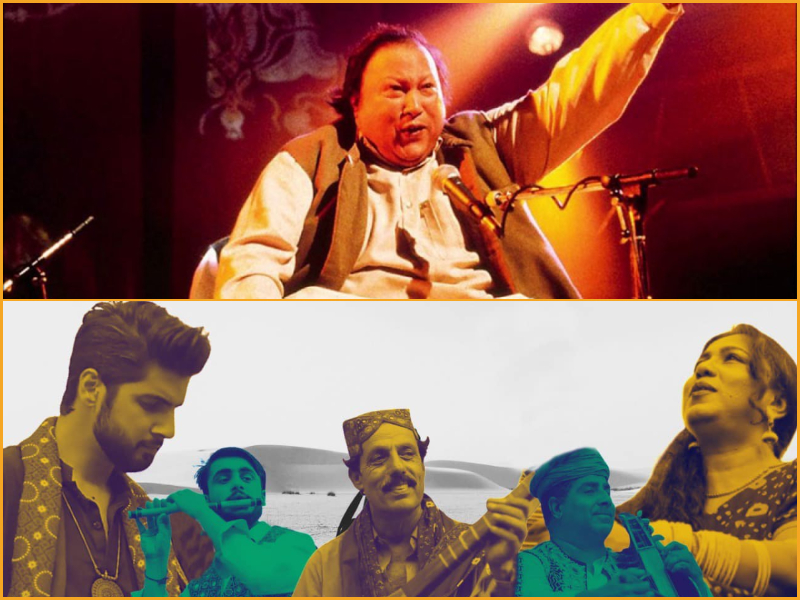 Singer-songwriter Abdullah Qureshi who recently impressed fans with a soothing performance on Velo Sound Station is back with yet another soulful track. The singer collaborated with Gulshan Jahan, a female vocalist, who is the granddaughter of celebrated Pakistani folk singer Reshma, to pay tribute to the legend, Nusrat Fateh Ali Khan.

“Kadi Takray is a collaboration between Abdullah Qureshi and various folk musicians from all over Pakistan, recorded as a tribute to the great qawwal Ustaad Nusrat Fateh Ali Khan, ” read the official description on YouTube.

“We tried to keep it as raw as we could to maintain the folk essence and added a verse for Gulshan Jahan to sing, which was composed by Abdullah Qureshi and penned down by Nosheen Bukhari,” it further stated.

Kadi Takray narrates a complicated love story through beautiful melodies, lyrics and some indigenous instruments. The song originally sung by the legend remains a classic to date.

However, Abdullah’s personal touch gives this song a unique sound and Gulshan Jahan’s inclusion as the female vocalist makes it even more special and worth celebrating.

“Heritage Live was a residency program for folk artists where they were educated about the use of social media and how to get their music out on the internet, basically empower them. I went there on one of the training days and fell in love with the instruments and wanted to do a collab. I already had Kadi Takray in my mind so I did that there. It was a beautiful experience, connecting with the roots!” shared Abdullah about the collaboration.

Speaking of his experience working with legendary folk singer Reshma’s granddaughter, he said that she’s a fun person to work with. “On top of that, she’s a great singer of course because it’s in her blood. I feel that she added a very different flavour in the song, very desi, very raw,” he said.

Of course, Abdullah is aware that it’s a great challenge to recreate a NFAK classic and people will draw comparisons. Clarifying that there’s a huge pressure while working on such covers, he said that no one can match the level of the legend. “We didn’t really do it the Nusrat way, reason being that no one can do it the Nusrat way, so Nosheen Bukhari (a colleague of mine) wrote a few lines and those lines were sung by Gulshan Jahan. I only sang the hook.”

He added that overall it was a challenging yet fun experience. “It was quite challenging because we had to shift it from being a qawwali to a folk song, but it was great fun altogether.”

Abdullah Qureshi is all set for 2021 with brand new music. “I already have 2 music videos ready and 4 other videos are in the works. Hopefully one song every month,” the singer revealed. 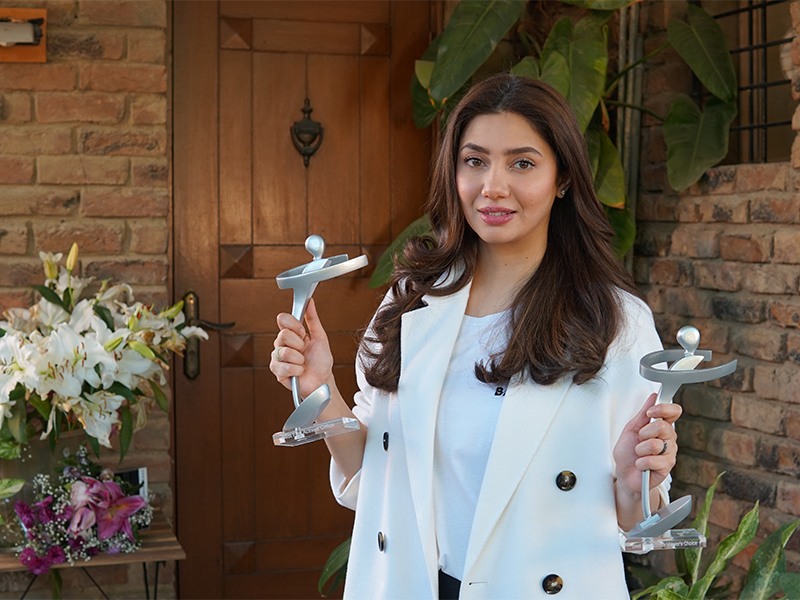 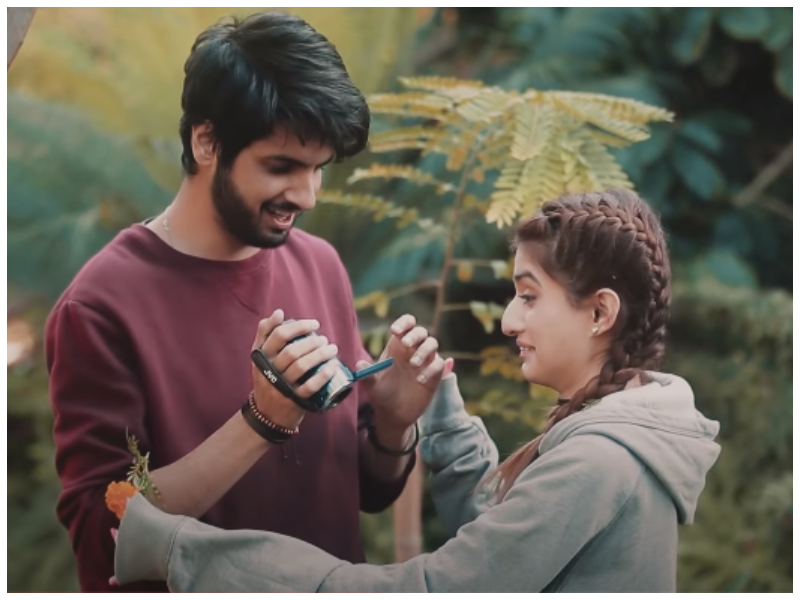 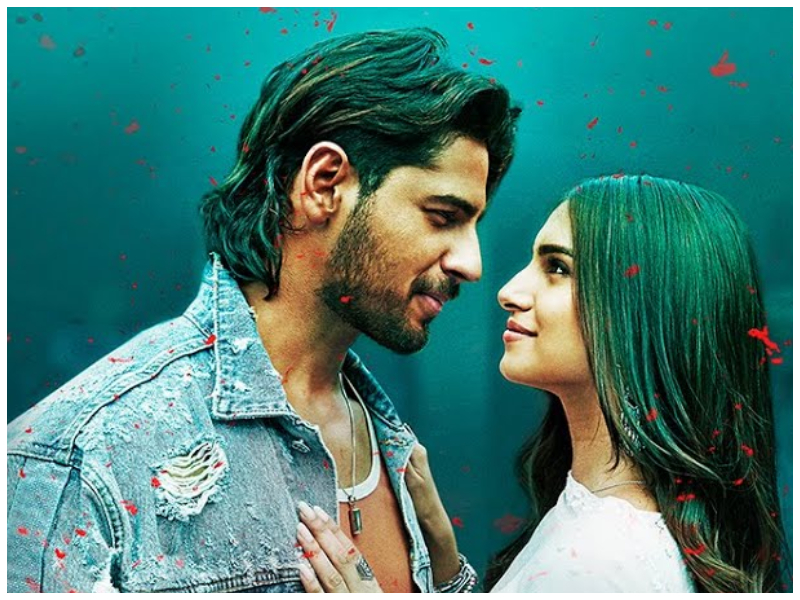 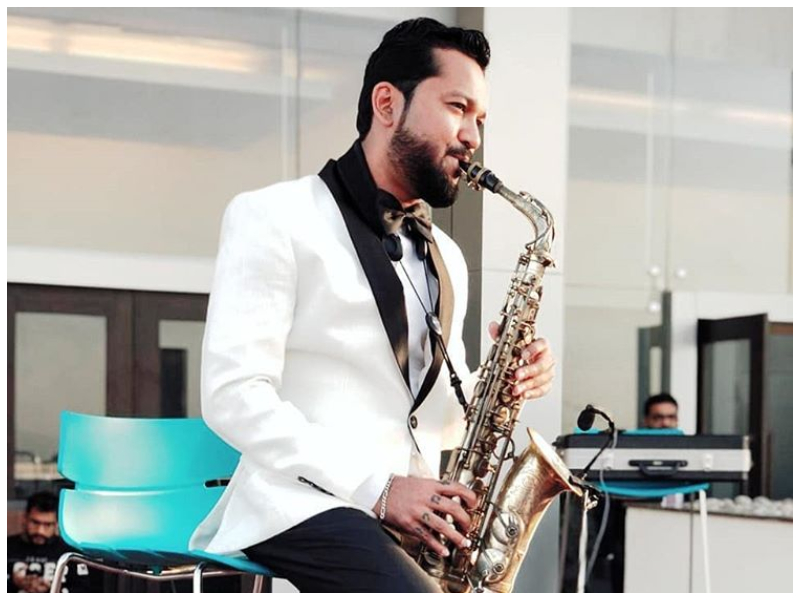