“Amna Baber deserves to win Best Model at the LSAs”

Sadaf Kanwal is one of the gorgeous new faces to have emerged on the fashion scene a couple of years ago; she arrived with a penchant for style, attitude, and those bold eyebrows that set trends in motion. In 2015 Sadaf was nominated in the Best Emerging Talent category at the Lux Style Awards and picked up her first trophy. Last year she effortlessly transitioned to Best Model (female), and this year, once again, sheâ€™s up against some of the biggest new names in Pakistanâ€™s pool of top models. I caught up with the 24 year old who isnâ€™t just a pretty face; she has the personality and refreshing honesty to match. Hereâ€™s what she had to say about her LSA nomination, her competition and what she planned to wear to the red carpetâ€¦

Aamna Haider Isani: You won the Best Emerging Talent two years ago in 2015 and have made it to the mainstream with an excellent chance of winning this year. Do you see the trophy on your mantle?

Sadaf Kanwal: I think Amna Baber deserves it and she will most probably get it but letâ€™s see. Results are always so unpredictable. It feels so odd and almost wrong to expect too much so I try not to listen to people who keep calling and saying Iâ€™ll win. These people get your expectations up and then you feel disappointed. My joy is to glam up, look good and make a memorable appearance on the red carpet.

AHI: What are you planning to wear to the LSAs this year?

SK: I am thinking of an international designer this year. I have an international stylist and sheâ€™s arranging something for me. So itâ€™s a maybe but itâ€™s a most probable. Two years ago when no one knew me and I wanted to ask designers here they would not even pick up my calls. Now everyone wants to dress me. I love Nomi heâ€™s always been kind.

AHI: What does it take to win or be seen as top model?

SK: I still donâ€™t see myself as top model; I donâ€™t think Iâ€™ve gotten there yet. A super model should be tall; she should be able to look good in all types of clothes and be inspirational. Good models should make clothes look better and women should want to buy what they wear. In Pakistan itâ€™s so important for top models to be pretty and fair-skinned. As bad as it sounds, that is the truth in our society. It happens a lot here as opposed to the fashion industry abroad. Zara Abid and Amna Ilyas are amazing models but they lose out on popularity and projects because of their skin tone. Itâ€™s horrible. People want gori, pyari betis. Like Mahira Khan. Mahira is every womanâ€™s ideal daughter and daughter in law. The same rule of popularity unfortunately applies to fashion models.

Sadaf at the 2016 Lux Style Awards with and wearing a design by Nomi Ansari.

AHI: You also made quite an impression in your debut film, for which people said you had more impact than the lead pair. Is it an experience youâ€™d like to repeat?

SK: The experience was fantastic. Everyone supported me and gave me so much love and appreciation. People expected me to look good but they appreciated my performance and so many people did say I overshadowed the lead pair. I was very lucky and I am being offered films now. Letâ€™s see. I am also working on a drama for Hum TV as well.

AHI: And TV, Film or Fashion, whatâ€™s 2017 looking like for Sadaf Kanwal?

SK: I think its going to be a roller coaster. I was made on a fashion platform and I intend to stay on it and focus on. Iâ€™m still 24 so people may be able to tolerate me for another few years. But Iâ€™ll leave modeling at 30; I donâ€™t want people to talk behind my back. When I turn 30 Iâ€™ll shift to acting and television and film. My phupho is an actress â€“ Nida Mumtaz and my daadi was Salma Mumtaz. They both want to see me act.

AHI: And back to the LSAs, who do you think should win Best Model, male?

SK: Definitely Hasnain Lehri. Heâ€™s my friend so I am really fond of him but he also looks good in everything. Heâ€™s not unnaturally bulked up like most Pakistani models. 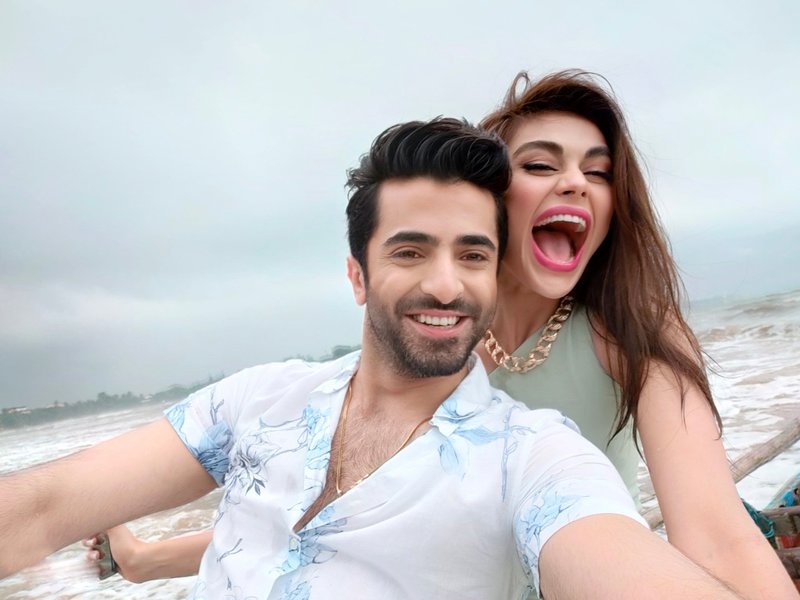