Breaking Bad is being turned into a movie

Popular American television series,Â Breaking Bad is reportedly being turned into a feature-length movie. However, it is yet to be confirmed if the creator of the show, Vince Gilligan, is going to release the two-hour movie on television or in cinemas.

Credible sources revealed to theÂ Hollywood Reporter that Vince will not only be taking the directorial seat but will also be penning down the script and seen as the executive producer of the project.

However, significant details about the forthcoming movie remain unclear; a rumoured title,Â GreenbrierÂ has been floating around but not confirmed. Details about whether this will be a prequel likeÂ Better Call Saul or a follow-up of the hit show,Â Breaking BadÂ are yet to be established. Moreover, whether the movie will feature the original stars of the show such as Bryan Cranston and Aaron Paul awaits a green flag as well.

The New Mexico Film Office has confirmed that a project titled GreenbrierÂ is expected to start shooting in New Mexico next month. Lead actor, Bryan Cranston revealed onÂ The Dan Patrick Show that he is aware of aÂ Breaking BadÂ movie but has not read the script, yet.

“I haven’t read the script, I haven’t gotten the script. So there’s a question whether we will even see Walter White in the film,” theÂ four-timeÂ Emmy Award winner said. He added that if he is offered to even do a cameo in the film, he would love to be a part of it.

Bryan further revealed that perhaps the movie will focus on completing the unfinished stories of some of the characters which the audience wanted.

“From what I have been told, the idea is to get into those couple of characters who were not completed as far as their journey. I have been contacted but I haven’t read the script so I don’t know if it’s going to be flashback or flash-forward, I have no clue,” the actor said.

TheÂ Malclom in the Middle actor said that he is excited about the project and would love to meet the rest of the cast and just be there on the sets asÂ Breaking BadÂ was the ‘greatest professional period of my life’.

You can listen to his interview below: 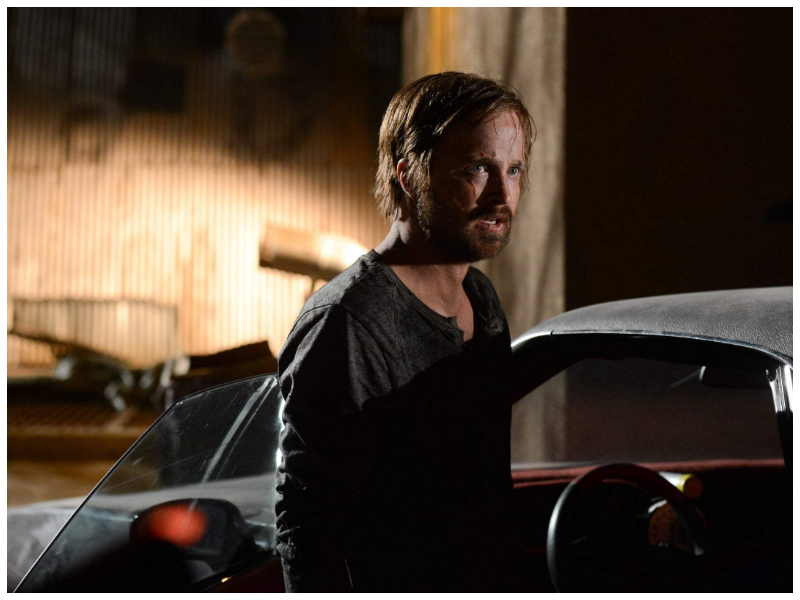 Trailer review: Jesse is on the run in Breaking Bad movie ‘Al Camino’