A common justification that is uttered by every feminist regarding women in entertainment is this: we need more women working behind the camera. Since showbiz is a male dominated field, or so we believe, there is an assumption that men are responsible for making very one-dimensional female characters for our consumption. Either women are shown as weepy, whiny and helpless mothers, daughters and wives or worse; they are seductive â€˜item girlsâ€™. One believes that if there were more women in the world of entertainment, making decisions, somehow things would be better.

But things are getting better. The reality is such that currently, there are a lot of women working in showbiz, as directors, producers, art directors, editors and choreographers. A lot of newsrooms are also filled with women. The entertainment desks at newspapers mostly have teams of women, with many women holding the Editor-in-Chief position. TV channels have female heads; women are also heading production houses.

But more importantly, majority of our scriptwriters are also women. This is of utmost importance because even though being a writer isnâ€™t the most glamourous job in the filmmaking process, it is a significant position because a writer determines the content and a film, or a TV series, is only as good as its content.

Currently, with the exception of a few big names, itâ€™s the women who are filling up the writing departments in most TV channels which means that majority of our TV plays are being written by women.

We take a look at some recent, memorable female characters written by women, for women.

In recent times, one of the best attempts at trying to show a diverse, if controversial, character has been made by the ongoing TV serial Baaghi, starring Saba Qamar, Ali Kazmi, Sarmad Khoosat, Osman Khalid Butt and Khalid Malik in pivotal roles. There was a lot of hue and cry around the showâ€™s decision to be inspired from Qandeel Baloch, who is still as hotly debated over in her death as she was when she was alive. But whether Qandeel was an inspirational personality or someone who didnâ€™t deserve all the attention, it all becomes irrelevant when considering the fact that Qandeel was one of the few women who loved to break rules, something men do all the time and get away with.

In Baaghi, Qamar plays the role of a free spirited woman who simply wants to live her life on her own terms. It was also a superior decision to get Saba Qamar to depict such a character since she is also very rebellious and opinionated in real life as well. Written by author and playwright Umera Ahmed, Baaghi is a step in the right direction in terms of depicting empowered female characters.

It was also a superior decision to get Saba Qamar to depict such a character since she is also very rebellious and opinionated in real life as well.

Another playwright making a conscious effort to show professional women on screen is Farhat Ishtiaq. Her last drama, Udaari, starring Ahsan Khan, Urwa Hocane and Farhan Saeed, not only highlighted a taboo subject but also tried to create empowered female characters on screen. Her current TV play, Yaqeen Ka Safar, starring Ahad Raza Mir and Sajal Aly, is also trying to do something similar. â€œMy current TV play shows a female character on screen who is a doctor, and we do need to show more professional women on TV,â€ shared Ishtiaq. â€œThis way all the women watching TV in their homes will be encouraged to join the workforce. Theyâ€™ll realize that itâ€™s normal for women to get jobs and work.â€

While things are far from perfect, Ishtiaq is optimistic that things are slowly but surely getting better. â€œThere is a marked improvement in what we were seeing on screen a few years ago compared to what weâ€™re seeing now. The trend is slowly changing; people are talking against women being abused on screen and that is a big step,â€ she concluded.

We also recently saw strong, opinionated women on the big screen. Chalay Thay Saath received mixed reviews because of which people sort of forgot to commend the characters we saw in the film. A strong woman doesnâ€™t only mean a woman fighting from extreme issues such as rape and abuse; CTS depicted strong, modern and progressive women, the kind we see in our real lives all around us. The film featured Syra Shahroz as the lead character of the film, who works, travels and falls in love. Zhalay Sarhadi is a woman working in the mountains all on her own; Mansha Pasha is in a complicated relationship with her husband but she is never shown as a weakling.

â€œWe had travelled to Hunza before writing the film and the women we saw over there were emancipated, much more than they are in the rest of the country. So we wanted to show that in the film,â€ revealed Atiya Zaidi, the writer of CTS. â€œWe were also tired of the whole â€˜bechari womanâ€™ concept and therefore made sure to create headstrong female characters in the film.â€

Zaidi also wanted to point out that things are vastly improving for women in Pakistan, in terms of equality. â€œWomen in the West are still struggling with equal pay and equal opportunities when it comes to being in showbiz but I have never once been a victim of that. Iâ€™m paid the same as my male contemporaries. Never have I felt that as a woman, Iâ€™m being disadvantaged in Pakistan.â€

Film producers Hareem Farooq and Fizza Ali Meerza have, on separate occasions, also gone on record to say that their sex does not hinder their work in any way. â€œWomen actually have an advantage over men when it comes to being a producer; they are better at multi-tasking,â€ quipped Meerza in an earlier interview with Instep.

The bad and the ugly

As mentioned earlier, things are far from perfect. There are a few women who are trying their best at changing the tide but there are others who are stuck with having to follow the age-old formula of depicting helpless women on screen.

While the show gained a lot of popularity, it also received a lot of bashing from critics. Mann Mayal placed Maya Ali in the â€˜bechari auratâ€™ category

One recent example of this was with the hit TV play Mann Mayal, starring Maya Ali, Hamza Ali Abbasi and Gohar Rasheed in lead roles, which was written by a female writer, Samira Fazal. While the show gained a lot of popularity, even cinching awards for the lead couple and their on screen chemistry, it also received a lot of bashing from critics. Mann Mayal placed Maya Ali in the â€˜bechari auratâ€™ category and throughout the show, critics kept losing faith in the TV showâ€™s ability to redeem her position in the world of the play.

But perhaps thatâ€™s a good thing. The amount of criticism this play received must have made the producers wary of repeating their mistake. Because in todayâ€™s day and age, who wants to upset the unforgiving world of social media that does not let one mistake slide by? Keyboard warriors can be ruthless and Mann Mayal may have gotten the ratings but a more accurate representation of what people want to watch on screen comes from social media, and people were not happy with Maya Ali being depicted in such a helpless manner.

Things are definitely changing and while one can lament over how the change isnâ€™t coming fast enough, 2017 definitely has been a victory for women.

This article was originally published in Instep on Sunday, 27th August 2017.Â

Previous post
Humans of New York, the series, to premiere on Facebook Watch
Next post
In Pictures: all the Bollywood you need to see at the Ambani Ganesh Chaturthi celebration 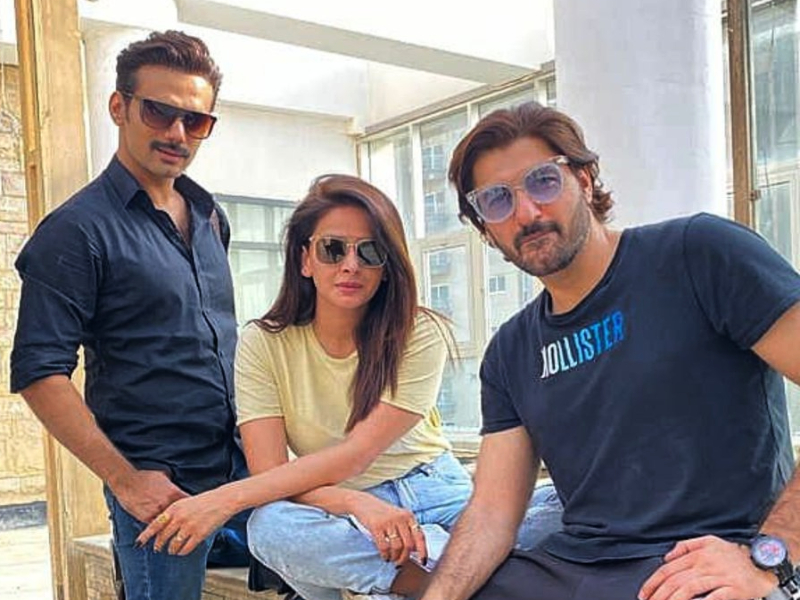