One can come up with countless examples of how our celebs have recently stuck their feet in their mouths when given the opportunity to speak to a large group of people, usually at award shows when spirits are high and caution is thrown to the wind in the heat of the moment.

In 2016, Ahmed Ali Butt invited two dwarfs on stage at the Lux Style Awards as the punch line of his joke regarding Aisha Khanâ€™s character in Mann Mayal. The joke was lost on us then and itâ€™s lost on us now. Later in the same year, Ayesha Omar took the stage at the Hum Style Awards alongside her co star, Ahmed Ali and delivered another cringe worthy moment in the history of all awards shows. While taking a selfie on stage with Hamza Ali Abbasi, who advised her to suck her cheeks in for the perfect selfie pout, Omar exclaimed, â€œOh God! I look like Iâ€™m starving. Like Iâ€™m an Ethiopian or something!â€ There should have been an official statement and apology from Omar, as well as the platform that hosted the show, but sadly nothing was offered.

This year at the Lux Style Awards, Womenâ€™s Own magazine did a story asking celebs about their views on the word â€˜feministâ€™ and ironically, some of the most modern, independent working women responded with primitive answers. â€œOverrated,â€ said actress Sanam Saeed who has recently appeared in a milk commercial that plays on female empowerment by talking about the strength of a woman. â€œI donâ€™t believe in feminism,â€ said designer Shehla Chatoor in the most condescending manner possible.

Countless other female celebs chose to not answer the question, thinking it would get them into â€œtroubleâ€, which included the likes of Anoushey Ashraf and Momina Mustehsan. Whatâ€™s sad is that Mustehsan has appeared in UN Womenâ€™s Beat Me campaign which talks about domestic violence faced by women in Pakistan. Mustehsan, youâ€™d rather not talk about a cause that you were championing just a few months ago? One would think that women with privilege would be grateful for the opportunities they have and empathize with the millions of women in Pakistan that donâ€™t even have the basic right of safety of their bodies from physical harm, let alone demand equal pay, education and job opportunities.

Itâ€™s also impossible to ignore how an artiste as experienced and respected as Noman Ijaz could utter several references of male superiority, comparing women to subservient â€˜ghorisâ€™ (mares) at the Hum Awards. People laughed when they, especially the female artistes, should have been offended.

The biggest gaffe of the year, however, was uttered by comedian/actor Yasir Hussain at the recently concluded Hum Awards that took place in Lahore last weekend. Udaariâ€™s success took centre stage as nearly every other award went to the TV play that brought the issue of child molestation and rape to the forefront of a society thatâ€™s not progressive enough to discuss their views on feminism, for instance. Ahsan Khan was applauded on stage for his decision to accept such a role and to deliver it with so much conviction that we were confronted with our worst nightmares right in front of our eyes.

Hussainâ€™s infamous words will probably never be forgotten: â€œItna khoobsurat child molester, kaash mein bhi bacha hota,â€ he said in reference to Ahsan Khan. Whatâ€™s worse is that half of the members of the audience that comprised of filmmakers and storytellers of this generation, continued to laugh.

Hussain has given an apology since and everyone who knows Hussain personally says that they know Hussain didnâ€™t mean what he said. However, Hussain doesnâ€™t say that himself in the video. In fact, he has given a very unconvincing and half-hearted apology in which he sort of blames us for taking a different meaning out of what he uttered on stage so unintelligently.

That just goes to show that Hussain has no idea what he has done. Nor do the others who are trying to conceal his goof-up under the guise of miscommunication. What did Hussain mean then? Did he mean to trivialize the agony of countless children and their parents just to get a few laughs on stage, at the very platform that was fighting against the carelessness we display towards something like child abuse?

Hussain, and every other celebrity who indulges in this kind of crassness, deserves the social media backlash they face for making such ridiculous comments because we need to be at par with the rest of the world, not just with our work but with our thoughts also. Nowhere in the world is child abuse a joke. You cannot get away with making fun of the level of poverty and starvation in Ethiopia. For Godâ€™s sake, how are we even debating this in the 21st century?

We are a highly globalized world. Our thoughts are reaching out to everyone across the globe. Are we trying to say that the artists and free thinkers of today find humour in the pain and discomfort of others? Perhaps such comments do paint an accurate picture of what the mindsets in Pakistan are really like because at large we are still insensitive to other cultures and religions. But itâ€™s time that influencers realize the power and responsibility they hold.

Itâ€™s time celebrities understand that their millions of followers on Instagram arenâ€™t there simply to help them get good film and TV play offers, or to simply get big budgeted brand endorsements. The followers are people who are listening to what you say and they hold your words and actions in very high regard. We all need to create a ruckus every time something like Hussainâ€™s statement is uttered publicly because itâ€™s not enough to simply watch and whisper in our living rooms about how the world is burning. And if one cannot expect artists to be sensitive, then whoâ€™s left?

This article was originally published in Instep, May 7, 2017. 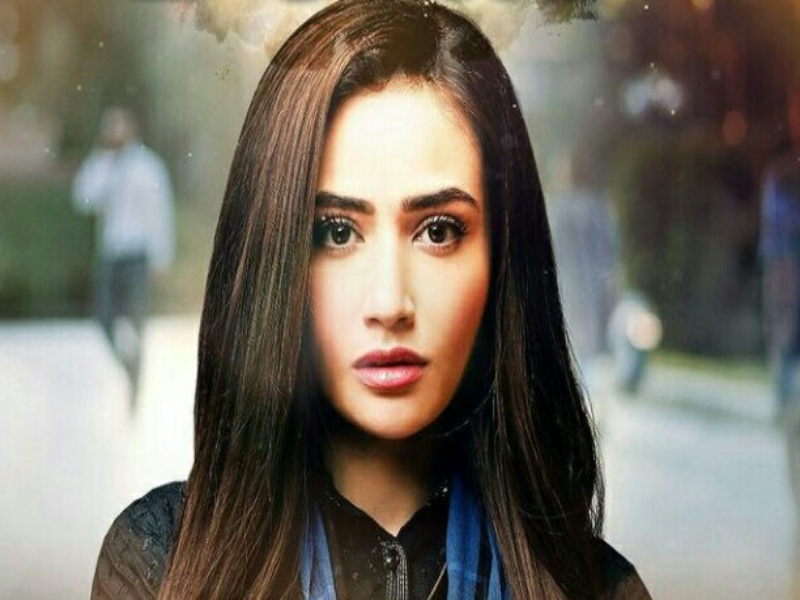