Episode 6: â€˜Aakhri Stationâ€™ and the perils of male ego

Our weekly dose of reality check, courtesy Aakhri Station, has once again left us shaken. After narrating four impactful stories of women facing domestic abuse and trauma, the show has changed its narrative slightly. Since the 5th episode, it has begun to tell two stories with one episode, the last one showing part of Sanam Saeedâ€™s tale as well as Nimra Buchaâ€™s.

Episode 6 completes Nimra Buchaâ€™s story, showing how when her husband was too proud to go out and work it was the woman of the household who brought in the income. Highlighting the popular opinion that is often repeated in the drama, â€œAurat ki kamayi mein barkat nahi hai (A womanâ€™s earning does not have beatitude),â€ the husband is extremely angry by the wife slaving away in the fields but clearly not bothered enough to find himself a job.

This, in return results in additional strain on the hardworking wife, who then suffers a miscarriage. In comes a cameo appearance by director Sarmad Khoosat as the voice of reason, who contradicts the husbandâ€™s statement and supports his sisterâ€™s decision to earn. One might question why it is the men in the drama who are the knights in shining armour, first Irfan Khoosat as the kind train conductor and now Sarmad as the noble caring brother. Perhaps the concept is to show that not all men hold the demeaning and abusive stance many of the main spouses are shown to have and that there are exceptions in the society of men who are willing to stand up for women.

The second story is that of Anum Gohar as Shumaila, a pretty young girl married off to an aggressive and insecure man. The husband gets evidently upset anytime someone compliments his wife, and is suspicious of her every move to the extent that even his own brotherâ€™s friendliness towards her offends him. His crazy behaviour eventually leads to him dousing his wifeâ€™s beautiful face with acid, and she too ends up in the train boogie.

While both stories have a different tangent, it is the ultimately the toxic mindset that is shown as the root of the problem. While one woman is aboard the train to go find work in the city, the other is seemingly escaping the painful trauma her husband has subjected her to. The show continues to give that same sinking feeling, reminding us how real these stories are and how endless women face these perils every day.

The next episode will probably continue Sanam Saeed’s story of depression, who seems to be one of the more calm and collected women on the train. 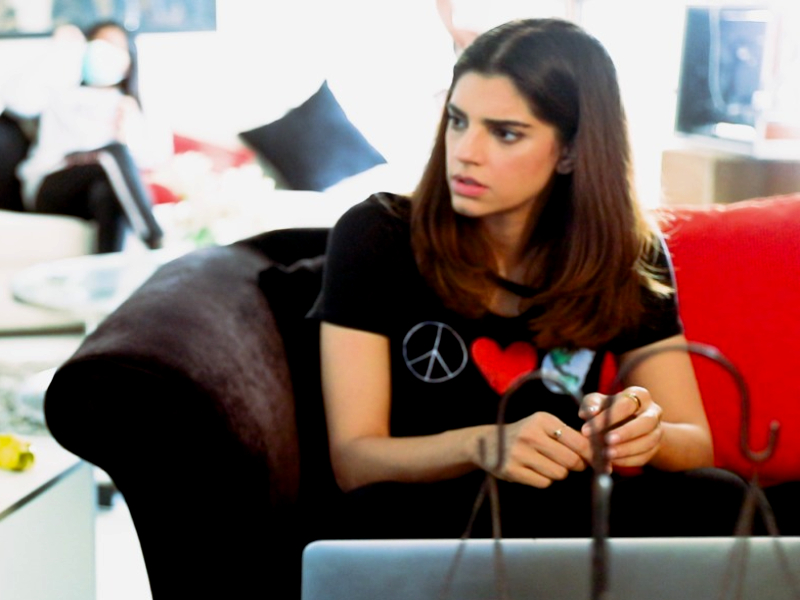