Day Three went out with a bang, courtesy power house Sana Safinaz and their solo show, which drew in a huge number of known faces from the fashion fraternity; something FPW as a whole was unable to do on its own. Shamsha Hashwani, Tariq Amin, Sania Maskatiya, Shamaeel Ansari and actress Sana Bucha were amongst just some of the familiar faces we could see from afar.

Coming to the complete lineup, there were some hits and some misses with the elaborate bridals, as expected. Sana Javed was a showstopper for Saira Shakira this time, having walked for Wardha Saleem on day two, making us wonder if sheâ€™s thinking of a career in modeling, and whether she understands the concept of brand loyalty. Thankfully, Maheen Khanâ€™s comeback was perfectly timed as she provided a breath of fresh air from the â€˜festivityâ€™ and brought out contemporary and experimental silhouettes.

This was one of Tenaâ€™s stronger collections, if judged purely on a bridal scale, which we’ll have to. Though the designer played it safe, relying on the commercial aspect of bridal fashion instead of trying to be innovative, her designs will surely resonate well with her clientele. And her workmanship was exquisite, which is what counts at the end of a bridal day.

If Carnation was another way to say confusion, weâ€™d have understood. But what is one supposed to make of a collection whose name hints at florals, but brings in a Charleston vibe and flappers? The menswear too was all peaches and pinks with strange asymmetrical belted concoctions. Arfeen has always had a stronghold on traditional menswear and this womenswear got lost in translation. Adeel Chaudhry and Iranian actress Naaz Norouzi were the showstoppers, though many of the spectators were oblivious to who they were. Note to designers: please invest some time in creating pre-hype about your shows lest your efforts be lost on a crowd that lives in a fashion bubble.

Why was Sana Javed a showstopper on Day Three as well?

The brand excels at sleek formals, though this time around they played with the trending heavy joras that have been all the rage at FPW. The collection had a bit of everything, from colours to silhouettes, and it hinted at efforts made to improvise albeit they didn’t always work. Overall it wasnâ€™t a bad collection, yet not a memorable one either.

Sonya Hussayn looked stunning in this black and copper bridal

Rivayat might not have been the reds and pinks the audience was probably expecting, but it sure made a statement. Using black and whites for festive wear gave the collection a unique touch, plus Sonya Hussaynâ€™s show-stopping black bridal was simply beautiful, yet unconventional. Above all, Pardesy’s craft is impeccable, and always a treat to watch.

Maheen Khan – The Lion and the Muse

The kind of fashion we need!

Despite having retired from the runway in 2014, Maheen Khan made a comeback this season and it was just what Fashion Week needed. The veteran designer played with her strengths and showed her signature contemporary aesthetic. We loved the free flowing silhouettes and layering and the relaxed vibe as opposed to the over embellished concoctions we had been subjected to previously. Plus, that gharara saari hybrid is something weâ€™d love to wear for the festive season!

Lavish gowns and elaborate embellishment took over the runway

For the duoâ€™s grand finale, a separate hall was set up with a jungle themed runway and dÃ©cor and it was worth it. Sana Safinaz went back to their sophisticated high end roots with this collection and it could not have been a bigger hit. Showing 50 outfits, including menswear, each look was elaborately done and stood out from the rest. Statement trailed gowns and heavily worked lehngas took over the runway with detailed 3D elements and tassels. Though we wish the music and choreography had picked up pace somewhere in the middle, the showcase itself was the perfect definition of a couture show and a grand finale.

Previous post
‘My Pure Land’ becomes first Urdu film to be selected by Britain for the Oscars!
Next post
Syra Shahroz to star in ‘Jawani Phir Nahi Aani 2?’ 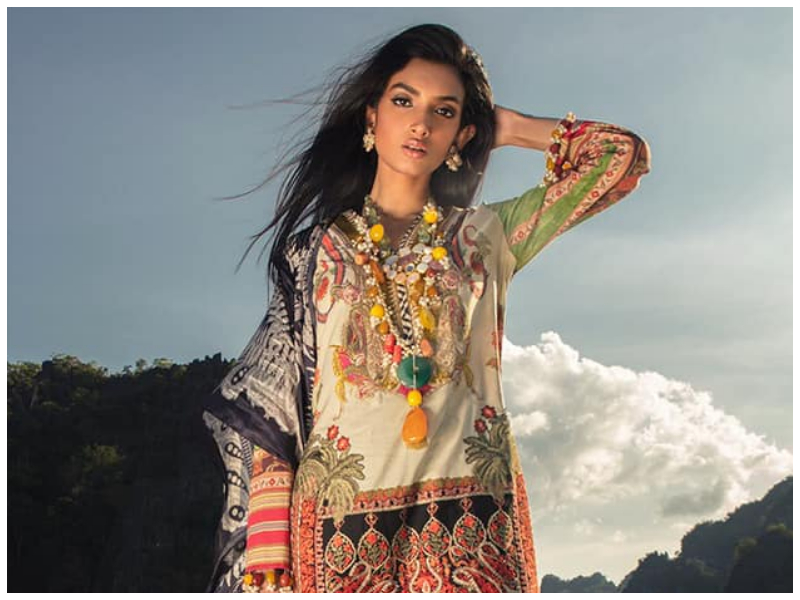