I feel proud that my country is one of the most generous countries of the world: Mahira Khan 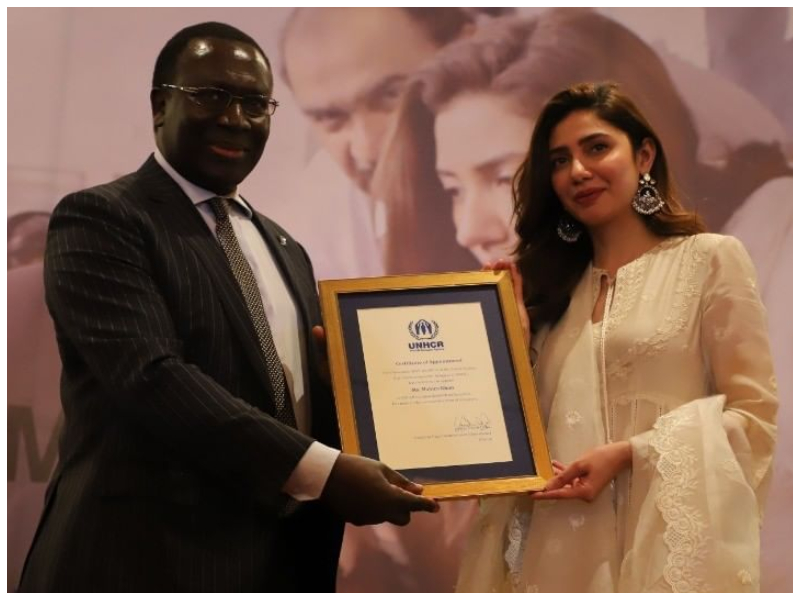 The United Nations High Commissioner for Refugees (UNHCR) on Wednesday announced Pakistani superstar Mahira Khan as National Goodwill Ambassador for the cause. The announcement was made in a high profile ceremony held in Islamabad on Wednesday evening, attended by dignitaries from the government as well as the United Nations including UNHCRâ€™s Assistant High Commissioner for Operations, Mr. George Okoth-Obbo, the Minister of State for States and Frontier Regions (SAFRON), Mr. Shehryar Khan Afridi, UNHCRâ€™s Director of the Regional Bureau for Asia and the Pacific, Mr. Indrika Ratwatte and UNHCRâ€™s Representative in Pakistan, Ms. Ruvendrini Menikdiwela.

Handcrafted jewellery made by predominantly Afghan refugees, working under the supervision of Karachi-based designer Huma Adnan for the past six months, was also kept on display at the conference. The designer was also present at the event and explained how their project, initiated as an effort to financially empower the refugees, was achieving concrete goals.

UNHCRâ€™s Assistant High Commissioner for Operations, Mr George Okoth-Obbo, while presenting Mahira Khan with the letter of appointment, commended her for supporting UNHCRâ€™s activities and for continuing to demonstrate her personal commitment towards refugees.

â€œI am delighted to see renowned Pakistani opinion movers coming forward in support of the refugee cause, making their voices heard locally, nationally and globally, and having a very strong influence on youth,â€ he said.

Read: Mahira Khan & Fahad Mustafa are finally teaming up for a film

He noted that high-profile supporters, such as Mahira Khan, can serve as a symbol of partnership between the people of Pakistan and the international community. Mr. Okoth-Obbo also underscored that UNHCR very much looks forward to working with Ms. Khan to help reinvigorate support for refugees; they were scheduled to visit Peshawer for the inauguration of the UNHCR Cold Chain Warehouse the following day. 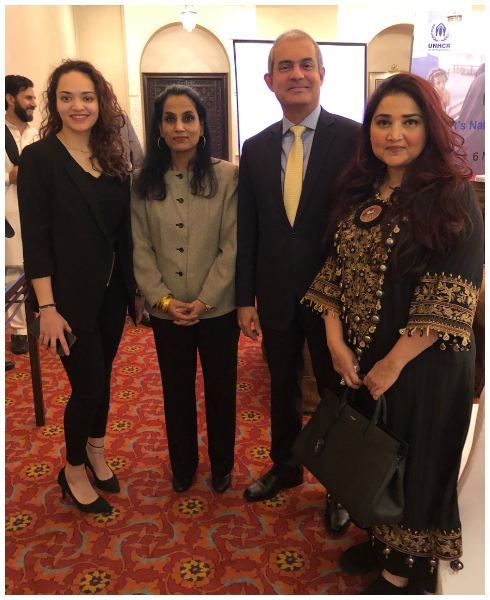 Huma Adnan with UNHCRâ€™s Representative in Pakistan, Ms. Ruvendrini Menikdiwela, UNHCRâ€™s Director of the Regional Bureau for Asia and the Pacific, Mr. Indrika Ratwatte and her daughter Parishae, who manages the Craft Stories.

The eveningâ€™s focus was on Mahira Khan and how she intended to draw attention to the cause and its escalating problems.

â€œI feel privileged to have been chosen to serve this noble cause,â€ she said in a short heartfelt speech, drawing focus to the fact that Pakistan has been hosting Afghan refugees for four decades. â€œI feel proud that my country is one of the most generous countries of the world,â€ she said. â€œBy becoming UNHCR National Goodwill Ambassador, I wish to stand behind such incredible acts of hospitality and humanity.â€

She elaborated in an exclusive conversation, on the sidelines of the event.

To be appointed UNHCR National Goodwill Ambassador was a huge responsibility and while Mahira has been actively involved in breast cancer awareness for the past few years, one was eager to know whether she had chosen this particular cause for a reason or had the cause chosen her?

â€œThe cause chose me, for sure,â€ she replied. â€œWhat happens, especially with different UN agencies, is that theyâ€™re looking for people with a certain kind of profile and I probably fit that for them. I have been committed to one cause â€“ breast cancer awareness with Shaukat Khanum Memorial Hospital â€“ for years and I think all of that mattered to them. I was approached by several agencies but when the UNHCR approached me, I said I would love to but I donâ€™t want to commit to anything without going and seeing what itâ€™s all about. If I donâ€™t know whatâ€™s happening on ground, thereâ€™s no way I can feel for it. So I went to the camps in Karachi last year and it was life-changing. It was shocking.â€ 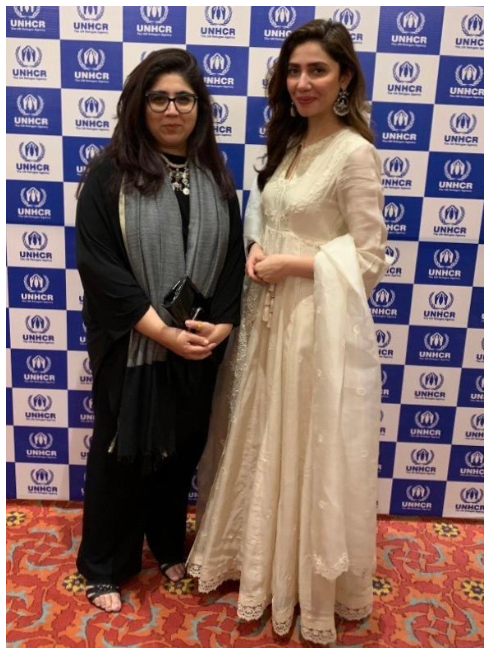 What moved you: the numbers or the stories?

â€œNot the numbers, it was the stories that shook me,â€ she remembered. â€œThe fact that we are living with these people, they are around us and we have in some ways integrated these displaced people but then we havenâ€™t really. We havenâ€™t integrated them enough; can they actually work without an ID card?â€

The government has been talking about the naturalization of displaced people?

â€œYes, the government has been very forthcoming, which is amazing,â€ she agreed. â€œIn Karachi I spent two days with the peoples and noticed how a 90-year old manâ€™s story was so different from a 7-year oldâ€™s. The 90-year old man had a sense of identity, even if it was lost identity, meanwhile the 7-year old didnâ€™t even understand the concept of identity. I saw how the agencies were trying to help and facilitate these people and once I got home, I wanted to know more about what was happening around the world.

â€œPakistan has been doing so much to help these displaced people,â€ she furthered. â€œItâ€™s insane, itâ€™s mind boggling. The refugee problem is in your face, itâ€™s currently â€˜theâ€™ issue and someone has to do something about it but weâ€™ve been facing it when no one even cared. No one was listening and no one looked at us and said what an amazing job we were doing. Itâ€™s also amazing that weâ€™ll be going in December and talking about what weâ€™ve been doing.â€

This December Pakistan will be attending the UNHCR Global Refugee Forum, in which Pakistan will have a key role in talking about how everyone needs to recognize and unite to support and resolve the refugee crises around the world.

â€œMost of the countries looking after refugees around the world are third world countries, developing countries,â€ Mahira elaborated. â€œWe have problems of our own and this should not be relegated to the fact that we share a border with a certain region. This is a global issue and the reason it has reached this level of crises is because it wasnâ€™t dealt with in the first place.â€ 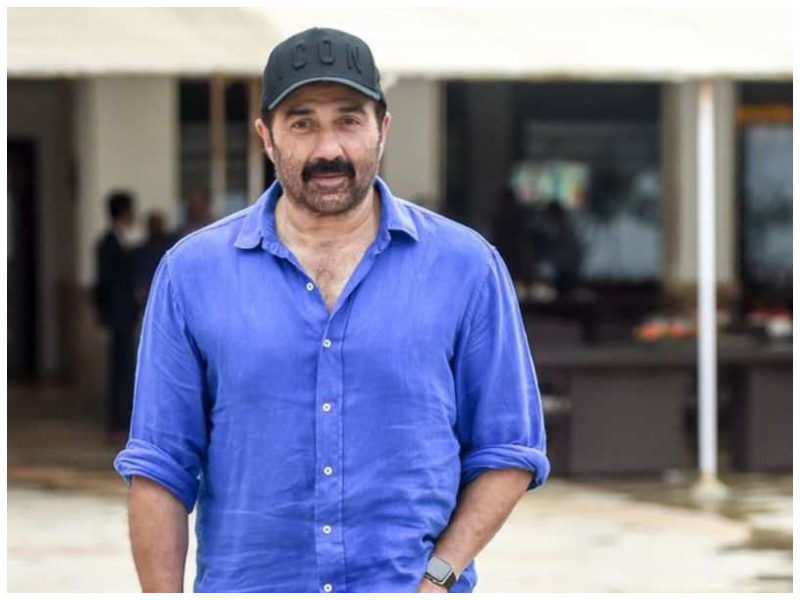 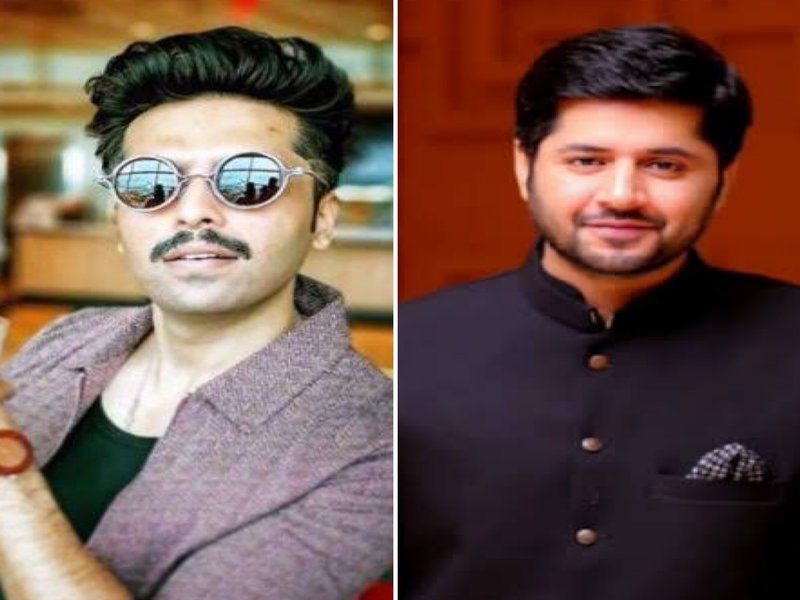