Seems like it’s battle season in Pakistan; be it politics, music or movies.

Speaking of movies, the two that are all set to battle it out for the number 1 position at the box office this Eid are Nadeem Beyg’s Punjab Nahi Jaongi (PNJ) and Nabeel Qureshi’s’ Namaloom Afraad 2 (NMA2). The competition just got even more exciting with the music release of ‘24/7 Lak Hilna’ and ‘Kaif o Suroor’. But this time it wasn’t Urwa Hocane vs Sadaf Kanwal, it was the girls against Ahmed Ali Butt’s moves that won him the ”Item Boy” title.

Ahmed Ali Butt is quite an entertainer and to find out how he feels about the entire situation, we at Something Haute got in touch with the funnyman himself.

It’s PNJ vs NMA2 and we can’t wait to see which movie wins the audience. We asked Ahmed how good or bad this competition is for the industry, to which he honestly answered,

“I think it’s a good thing since people need to have a variety on Eid. It’s a BIG holiday and families want to watch more of local cinema rather than foreign.”

“However, there is a downside to this as the cinemas are limited in Pakistan and the battle for screens is always on. Big films suffer due to the availability of screens and hence the number of shows are compromised. So it’s partly good and partly bad,” he added.

Mashallah thanks for the amazing response guys. 24/7 is out now Link in bio @pnjthemovie #PunjabNahiJaungi #ARYFilms #sixsigma

Well, no matter which movie makes more numbers, Ahmed’s moves have without a doubt gained great popularity. Some articles even went to the extent of saying that he had out shadowed Sadaf Kanwal and Urwa Hocane.

Ahmed believes that the women are no less talented and appreciated Urwa and Sadaf’s hard work and effort stating that both did a fantastic job. He said, “Trust me it’s not easy to dance on screen, I believe 95% of the women in our industry can’t dance… or if they can it’s not up to the mark.”

Having said that, he added, “I was actually very surprised to see the reaction over my moves. I mean I have danced before and this was just another song Nadeem wanted me to do. Shabeen (choreographer) was very clear with what she wanted from us and knew exactly what I was capable of. But I didn’t know I was going to be labeled as an ITEM BOY! I guess I’m honoured :)”

Adding a humorous message for his friend Hamza Ali Abbasi he said,

As for all the haram and halal controversies, Ahmad said, â€œHamza has every right to express his point of view just as I have the right not to agree with him when I don’t. However, he is against vulgarity and I truly support him for that. People use vulgarity when they have a weak film on their hands. But yes, I’m all in favour of art, dance and women who actually pour their heart and soul into their performance.”

â€œThe word ITEM is such a clichÃ©. Please go watch our old BW films; we used to have songs shot in bars and parties all the time and they were called ‘Glamour Songs’ back then. They brought a sense of glamour to the film, if needed.”

Speaking about the importance of such songs, Ahmed said, “I think if you need an ITEM SONG in your film because it’s the demand of the story then, by all means, GO WITH IT. But if you just want to show flesh and get controversial mileage for your film then HAMZA will be there. :)â€

Previous post
Haute trends: The it shoes everyone will be wearing this season
Next post
Maybelline celebrates the success of Maker Women 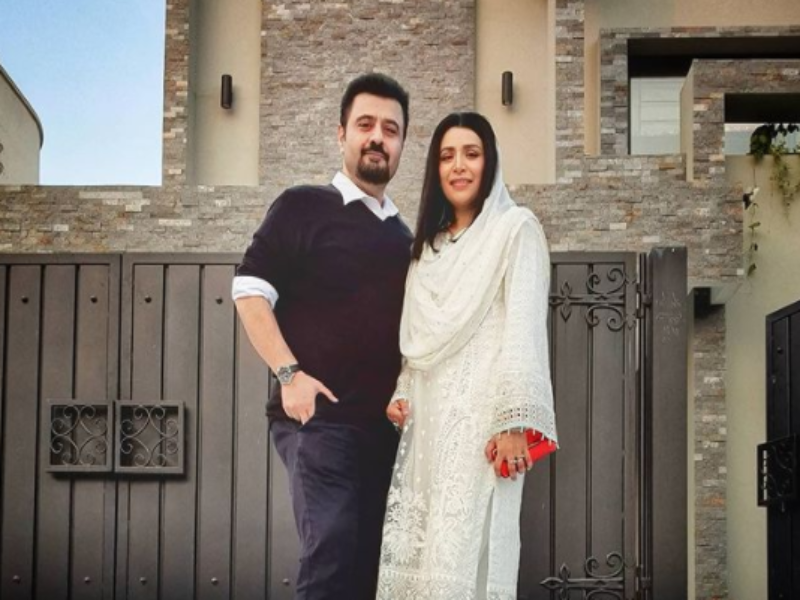