After announcing that Anil Kapoor and Madhuri Dixit will be reuniting in the upcoming film,Â Total Dhamaal,Â the teamÂ has released details about an upcoming song from the film â€“ with a retro twist!

The team also released a photo from the sets ofÂ the film, and in the picture, one can spot Madhuri, Anil, and Ajay along with others.

Check out the original song here:

Total DhamaalÂ is the third installment of the film series and is slated to release on December 7th, 2018. 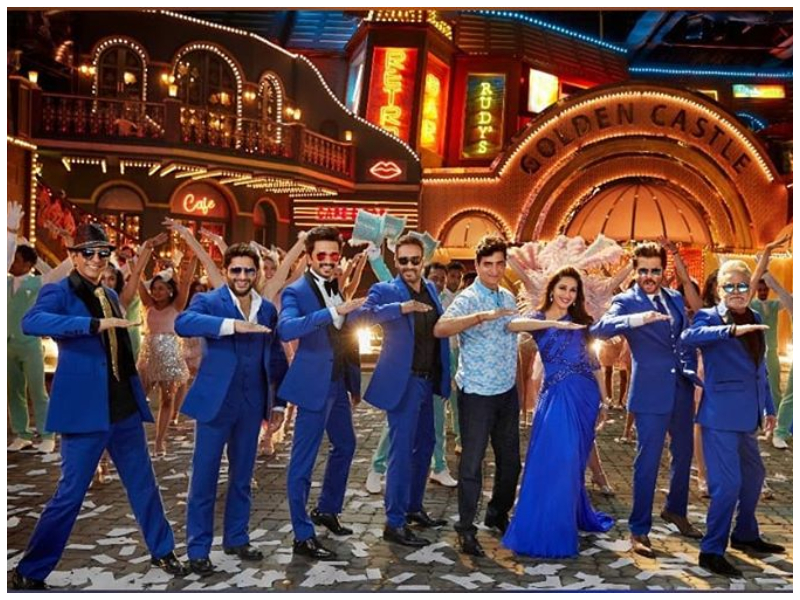 In Pictures: Deepika and Ranveer’s star-studded bash brings Bollywood together