Na Maloom Afraad, Actor in Law and NMA2 to be screened in India

After earning appreciation from the Pakistani audience and critics alike, Nabeel Qureshi and Fizza Ali Meerza are all set to win hearts across the border with the screening of three of their films in New Dehli. The South Asia Forum for Art & Creative Heritage (SAFACH) will be screening their three films â€“ Na Maloom Afraad, Actor in Law and Na Maloom Afraad 2 â€“ in January next year.

Talking to Something Haute, director of the movies Nabeel Qureshi shared that Indian filmmaker Harsh Narayan, who is at the helm of the festival, got in touch with them. â€œMr. Harsh Narayan contacted us and we shared three of our films with him, and they decided to screen them,â€ he said.

What about his last venture Load Wedding? â€œNo, Load Wedding is not part of this festival but it will be screened in some other festivals worldwide,â€ Nabeel said, adding that he will share the details in a few days.

Nabeel is expecting this festival to expand his reach, especially in the sub-continent. â€œPeople in India and Pakistan speak the same language and there are a lot of other similarities in terms of socio-political situations; we try to depict that in our films, so itâ€™s going to be a good experience to explore Indian audience as well. Also, they will get a chance to see Pakistani films, which unfortunately do not release in India,â€ he added.

Fizza and Nabeel are planning to attend the SAFACH event in January which will feature the best films from Asia. 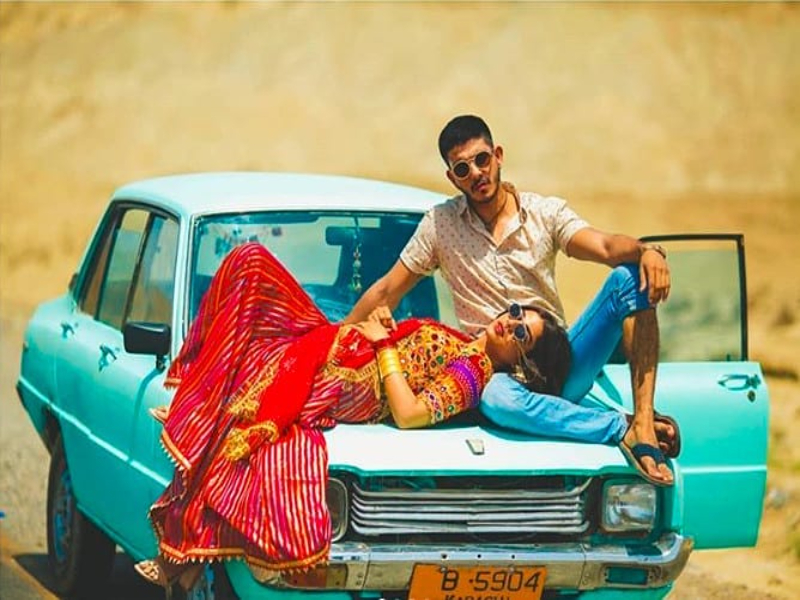