Pakistanâ€™s filmmakers encouraged to work in and with Italy

Too many of us restrict Italy to pizzas, pasta and a tourist bucket list of visiting Rome, Venice, Milan or Florence at least once in a lifetime. What we tend to forget or rather stay uninformed about is the romance, the idealism, fantasy, passion and the curiosity that this petite but incredibly culturally rich country has nurtured over centuries. Itâ€™s a world poets, painters, novelists, sculptors and eventually Italian audio-visual artistes envisioned.Â  It is the ideal ground for creative work, filmmaking especially.

This is the idea that Roberto Stabile, Head of the International Department at ANICA (Italian Association of Cinematography and Audiovisual Industry) and Italian journalist and writer Giordano Bruno Guerri, came to Pakistan with. In a seminar arranged by the Italian Consulate last week, Senor Stabile and Guerri presented the many opportunities that Pakistanâ€™s burgeoning audio-visual industry could take up, in Italy. Other than the picturesque landscape â€“ which has been featured in panoramic feature films including high profile Hollywood productions over the last century â€“ there was the technical aspect that often went ignored or unexplored.

â€œA lot of Hollywood films have been made in Italy with Italian technology,â€ Mr Stabile informed when we met for an informal discussion after the seminar. â€œItaly will provide high end technology as compared to Bangkok, where filmmakers from this region often go,â€ he said.

There are destinations beyond the usual Milan, Florence and Rome circuit, he added. Signor Guerri, who is also President of the Association â€˜il Vittoriale degli Italianiâ€™ â€“ a museum developed on the estate where Gabiele Dâ€™Annunzio lived during his period of â€˜Golden Exileâ€™ â€“ presented the museum and its extraordinary location as one such example.

There were issues that one needed to discuss before a collaboration between ANICA and Pakistanâ€™s film industry could be envisioned further. One, there stands the issue of visa issuance for Pakistanis but Dr Gianluca Rubagotti, Consul General of Italy in Karachi, assured that â€œno one with a serious mind to do business in Italy had ever been refused a visa.â€

Second is the issue of cost, because filming in Italy â€“ whether for the landscape or the technical assistance â€“ would be costly as compared to Asia.

Italian journalist and writer Giordano Bruno Guerri, whoâ€™s also president of the association â€˜il Vittoriale degli Italiani,â€™ which is proposed as a destination for filming.

Italian journalist and writer Giordano Bruno Guerri, whoâ€™s also president of the association â€˜il Vittoriale degli Italiani,â€™ which is proposed as a destination for filming.

â€œYou pay peanuts, you get monkeys,â€ Dr Rubagotti said humouredly but on a serious note, he informed that the Italian government had sanctioned a huge budget and tax rebates for filmmakers.

China, one noted, had just recently stepped into this picture as President of ANICA, Francesco Rutelli, had signed a three-year deal with SMG, one of Chinaâ€™s largest media conglomerates. The agreement provided for a three-year collaboration between the two companies to support and promote co-production projects between China and Italy in the field of television, cinema, documentary and animation. It wasnâ€™t so far-fetched to discuss or consider a Pakistan-Italy collaboration too.

It did seem to open a window of opportunities for Pakistanâ€™s nascent film industry but the idea of working with Italy had further reach. There were films, music videos, drama serials, fashion shows, fashion campaigns, commercials and also destination weddings that could be planned there. The ad for OPA French fries (produced by Bionics), for example, had been shot with Italian technology, one was informed.

If nothing, the exchange of ideas can only be emancipating. There are opportunities for Pakistani film students to learn and train in Italy and there are experts in Italy who are willing to travel to Pakistan to teach filmmaking, lighting, marketing and more.

It definitely is something to think about, or as Frederico Fellini would say, something larger than life to dream about.

This article was first published in Instep on Thursday, August 24th. 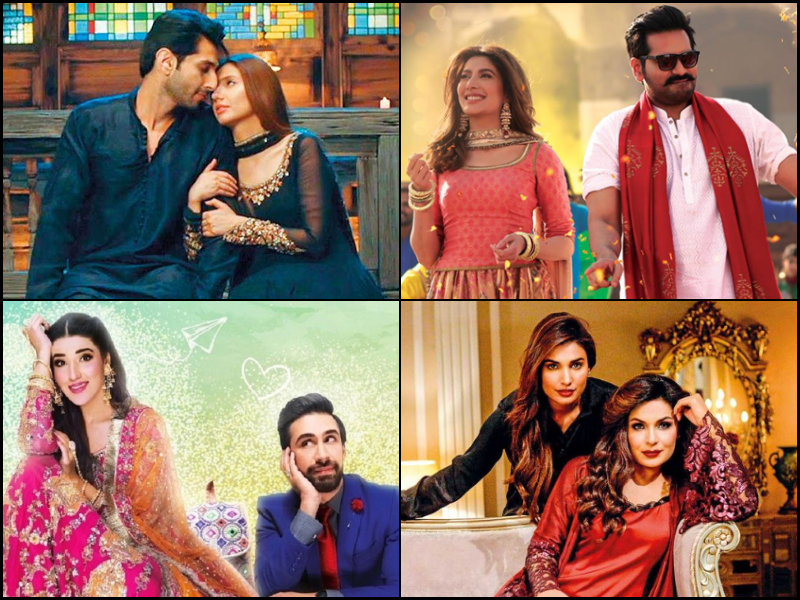 11 Pakistani films that you can watch on TV this Eid

HSY reveals how being blind for a year changed his life