Shehla Chatoor is a perfectionist and people who know her also know the kind of effort and attention to detail she puts into everything she does. It has been evident in the luxury clothing (wedding and luxury pret) she has been creating for over a decade, in the lawn she designed for two years and now, in the debut solo show that she conceptualized for Nur-e-Alaleh, her couture collection for 2018.

An old colonial mansion behind Frere Hall in Karachi was chosen as venue and the garden was transformed into an enchanted forest, replete with white birds in flights of fancy, gilded wings reminiscent of cherubic angels from ancient Renaissance art, a catwalk lined with abundant white flowers and an overall sense of dignified opulence. I say dignified because couture has a tendency of going over board but the expertise of a designer like Shehla Chatoor comes in the knowledge of knowing where to stop.

The show started past the sundown that it had been timed around but it gave the guests enough time to socialize over cocktails. There was an impressive guest list to mingle within â€“ from the design community came Bunto Kazmi, Maheen Khan, Maheen Karim, Safinaz Muneer and Adnan Pardesy amongst others. An impressive smattering of media â€“ journalists, bloggers and instagrammers â€“ had been flown in from all over the country and also occupying the front row was Shehlaâ€™s society fraternity, many of whom are patrons of the brand.

The collection itself, well, Iâ€™ll go back to the word perfection because it was every bit of what a couture collection should be. The attention to detail, the immaculate finish and the workmanship justified every second of the six months that it had taken her to put it together. Workmanship is one essential element of couture, but itâ€™s the silhouette that brings it out of â€˜costumeâ€™ category and makes it fashionable and Shehlaâ€™s Nur e Alaleh was modern and versatile. It offered the luxury buyer a choice of opulent ghararas and lehengas and women looking for a more contemporary look could refer to the velvet pantsuits and shorter shirts, which could be paired with lighter lowers as opposed to the heavy skirts they were showcased with. The 30-outfit range covered everything.

The pale blue and washed gold palette is sure to become a combination that will trend this year and what one loved most was the feeling of clothes in motion.

Shehla has a natural love for the Renaissance, evident in her studio with all its shades of gold and finery and this love for the Golden Age flowed freely through the collection. Nur e Alaleh, which translates to â€˜light from a heavenly flower,â€™ touched upon a celestial shade of blue, washes of gold dust and moved into deep jewel tones that are also quintessentially Shehla Chatoor. I can say, and this is the strength of a designer, that Shehla has a signature so strong that I would be able to pick out her bridal ensemble from a room full of labels.

That said, and thereâ€™s always a but, there were a couple of outfits that walked the purgatory line between the â€˜Shehla Chatoor wow factorâ€™ and the â€˜oh, Iâ€™ve seen that beforeâ€™ feeling. Pant suits, for example, are a new addition to the bridal couture arena and one wouldnâ€™t be able to tell the difference between a pantsuit by Shehla Chatoor, Sana Safinaz and Faraz Manan (Elan did velvet pantsuits in their first solo collection but they were distinctive for their belted silhouettes and tasseled pant-hems). Made in velvet (which restricts the colour palette) and set in Swarovski stone and zardrozi, the rest of them are all exquisite and brilliantly crafted but also quite similar. Thereâ€™s that beautiful architectural symmetry of embellishment, which is impressive in design, but it doesnâ€™t appear too original anymore. Too many designers are doing it.

Beyond that little hurdle, the collection did not disappoint for a moment. The pale blue and washed gold palette is sure to become a combination that will trend this year and what I loved most was the feeling of clothes in motion. Rather than being stiff and heavy weight (just the one finale costume appeared cumbersome but that was for impact more than practical use) the ensembles had a feeling of freedom, lightness and movement. I think this is what every bride dreams of, or should. There was layering in the lighter ensembles, a feeling of lace upon lace whereas it was the magic of embellishment. And back to the pantsuits, the fact that they had longer backs â€“ a kind of coattail, if you like â€“ set some of them apart.

Details make or break a show and most collections we see suffer for inconsistency in styling; such was not the case here. A collection of high end Sophia Webster shoes had been flown in to partner with Shehla Chatoor and Shehlaâ€™s inhouse range of wedding clutches and purses completed the ensembles. A big shout of endorsement has to be given to Nabilaâ€™s hair and makeup team, which managed the kind of finesse that isnâ€™t always possible at fashion week. The jewellery by Chottani, to be honest, was overwhelmed by the impact of everything else but it managed to complement the clothes and so served its purpose.

Planning a solo show is a huge undertaking and Shehla has stepped into a difficult zone, which we can only hope sheâ€™ll be able to sustain. We would like to see a solo show of this caliber unravel each year. That said, it is equally important for designers like Shehla Chatoor â€“ who have the design sense and sensibility to create lighter, luxury pret â€“ to remain associated with a fashion week too. Couture may lift a designer to a higher ground of heavenly proportions but at the end of the day itâ€™s the people who admire and want to access affordable clothing that will look up to it. There needs to be something aspirational for the mere mortals too. 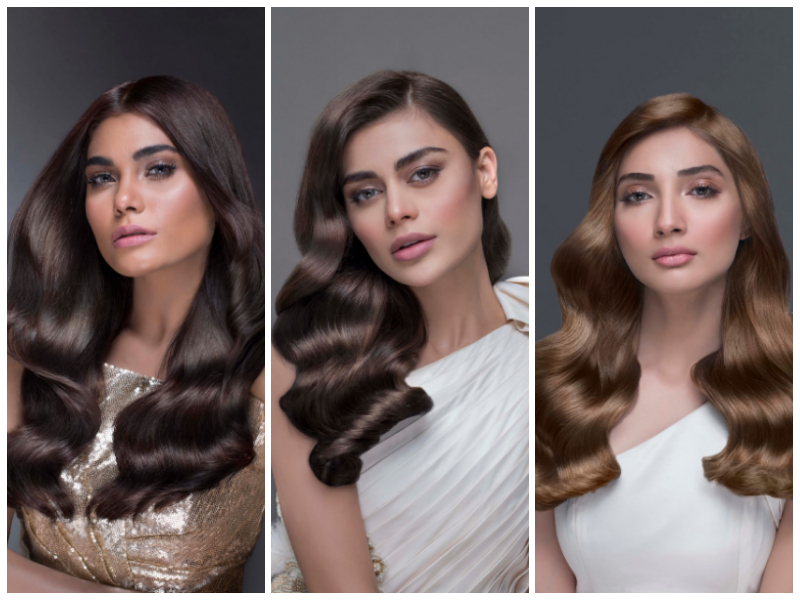 Summerâ€™s must have hair colour 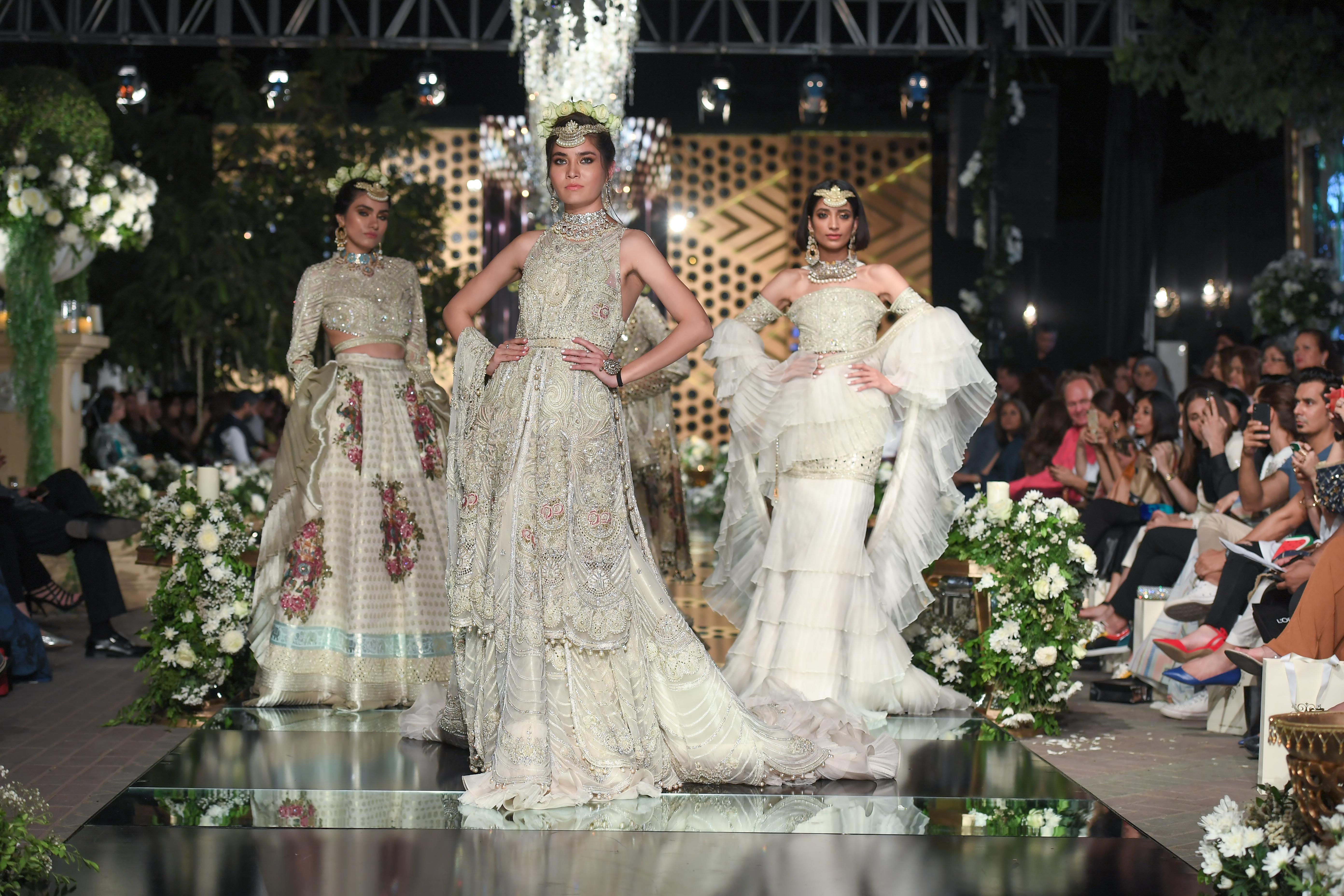