Why Sajal Aly is Pakistanâ€™s next big star

Truth be told, I am new to television viewing and I canâ€™t say that I have been following the trajectory of every actor or actressâ€™s career forever. But the recent merger between film, fashion and television in Pakistan has put everyone in one melting pot, drawing attention to certain stand-out stars that must be focused upon.

Sajal Aly, I believe, is one such rising star who has the capacity to go very far. At a time when social media popularity overshadows actual merit, Sajal has emerged as an actor riding on the coattails of her acting skills. She is who she is because of her impressive performances.

Sajal Aly has an impressive body of work behind her but my first recollection of her work was Asim Razaâ€™s telefilm Behudd, in which she played a troubled teenager, who accuses her single motherâ€™s friend of making sexual advances on her; it was a disturbing performance because it was so real. Cast with the incredibly talented Nadia Jamil and Fawad Khan, Sajal Aly held her own and in a way was the star of that production.

Gul e Rana was one of Sajalâ€™s breakthrough drama serials that elevated her status as an artist but she actually contributed more to the story than met the eye. In a casual conversation we were having the other day, Sajal shared how she had influenced the director to modify the ending; she didnâ€™t want Gul e Rana, her character to go back to her husband, who had spent years abusing her.

â€œI was sitting with my director one day and we were discussing how we could improve the ending; we had already made quite a few changes to the original script,â€ she said. â€œI thought about the message I wanted to give young girls through this drama; I wanted to add dimension to the character, who was otherwise a very simple girl who could not take any decisions for herself. I wanted to add value to the character. I knew that people liked the Gul e Rana and Adeel couple but I wanted to portray a stronger woman. I wanted to set an example for all young women and show that they had a right to make their own life decisions. Why must a womanâ€™s happy ending be at home, married? I wanted young women to believe that they could follow their heart and dreams and not allow people to define their life for them.â€

â€œI donâ€™t think that every drama should be watched for a message or moral lesson though,â€ she added. â€œI do think O Rangreza is pure entertainment but in Gul e Rana that message was important.â€

Sajal appeared in her first feature film, Zindagi Kitnee Haseen Hai, last year and while the film didnâ€™t do so well, her performance was applauded. She then made it to international limelight with Mom, her Bollywood debut in which she excelled as Sridevi and Adnan Siddiquiâ€™s troubled daughter. By this time playing a victim of sexual assault had become Sajalâ€™s character role and she was pretty good at it â€“ the tears flowed effortlessly â€“ but one needed to see her make impact with a new kind of character.

That character has come with Sassi, the incredibly sassy young rebellious heroine of O Rangreza. Did she think that girls like Sassi, who are totally reckless and fearless, existed in our society, I asked her?

â€œPeople of all sorts live in our society; all kinds of girls exist from the bravest to the cowardly, rebels to complete submitters,â€ she replied. â€œHumans are instinctively unique. Life is a track travelled in a million paths, each by an individual only once. What the majority does is considered â€˜saneâ€™ hence accepted in mainstream. Meanwhile we choose to ignore, for our own comfort, all those who donâ€™t fall on common ground.â€

Speaking of the character and preparing for the unconventional role she she explained how easy it had been to pick up female role models for inspiration.

â€œIndependent women exist in our society in abundance,â€ she elaborated. â€œWe donâ€™t need to find them because they are all there in front of us all the time, from the maid that works in our homes to the super stars on our TV screens, from a lady constable to the Prime Minister of our country, they are all there. Urdu literature is full of these strong headed female characters. Read Manto, read the character of Shehzad in Mumtaz Mufti’s Ali Pur Ka Aili or watch Tanhayian and Ankahi and youâ€™ll see these fearless women everywhere. Even our Punjabi cinema is full of strong and powerful female characters.Â Â Â Â Â Â Â

â€œThe only problem is that as a society we are afraid of a woman that challenges the norms, no matter how decadent those norms are,â€ she furthered. â€œWe easily judge them as â€˜bad or fallen womenâ€™ to justify our egos.â€Â Â Â Â

Do you think girls like Sassi can ever have a happy ending, I asked, knowing that she believes in unconventional happy endings?

â€œHappiness is relative and something that gives one person utter happiness cannot even get the attention of the other one. In our society getting married at the end or finding the love of oneâ€™s life is considered as a â€˜Happy Endingâ€™. By those standards no, she canâ€™t have a happy ending. Independent women are never accepted as happy beings. But Sassi will find utter peace in the end though.â€

Adding to her list of achievements, Sajal shared that had also sung the title track of O Rangreza with Sahir Ali Bagga. A short version had already been featured in the drama and the complete song would release next week. I got a preview and must say she sounded very good. An artist who can act and sing? That just adds to Sajalâ€™s star value.

The reason why I would root for someone like Sajal Aly is simply because sheâ€™s grown as an artiste on the basis of her craft, not her social media following. Sheâ€™s young, beautiful and has a unique sense of style yet she avoids overexposure at events and hasnâ€™t yet used Page 3 as her claim to fame. Thatâ€™s rare in a day and age when trivia is mistaken all too often for substance. 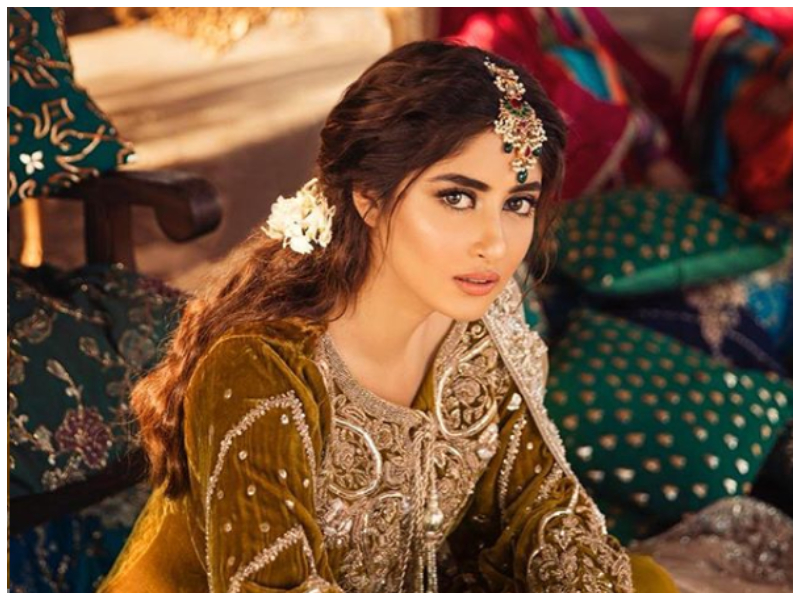