Saturday night saw the Pakistan American Cultural Centre come to life till the wee hours of Sunday morning. Upon entering, we were greeted by hundreds of people either entering or exiting the tightly packed venue. The aroma of freshly toasted buns wafted through the air while people sat around picnicking in the garden. FM89’s ‘Smile Till Sehri’ seemed to be a success before we had even seen any of the performances. But we weren’t surprised; we didn’t expect anything less from Saad Haroon.

Smile Till Sehri was a fundraising event held in order to generate funds for The Edhi Foundation. What was even more amazing isÂ thatÂ everyone involved in the show, that started at 9pm and went on till roughly 4 in the morning, participated voluntarily. The ushers, the organizers, the performers Â – nobody charged anything and everyone very happily agreed to do their share in honour of this country’s most revered and charitable name.

Danish Ali and Saad Haroon take the stage at PACC for ‘Smile Till Sehri’.

The PACC saw many upcoming and established comedians take the stage.Â The show was divided into two halves and comedians like Akbar Chaudry, Ayesha Tariq and Hassan Bin Shaheen took the stage from 9.30 till 12 pm. The witty Danish Ali also made a special appearance in the first half. We watched a different set of comedians perform from 12.30 am onwards. Syed Osama, Faiza Saleem and Shehzad Ghias entertained the audience with their hilarious observations and anecdotes. Ghias also took a dig at a competing radio station with the following joke: “A big round of applause to Saad Haroon for putting this together. And for those who missed it, don’t worry. FM91 will do the same thing next month.” Maybe that joke had something to do withÂ Khalid Malik’s confusing transition from FM89 to FM91.

Of course, Saad was the perfect host. He kept the audience on itsÂ toes, even when they were becoming sleepier as the evening progressed. And if people had become sleepy closer to sehri time, the Lol Waalay’s grand finale woke everyone up and left them in peals of laughter.

But the best part was when Saad took the stage to announce how much money the event had raised. “We have raised Rs.600,000 tonight!” exclaimed Saad, before inviting Faisal Edhi on stage to accept the cheque. “I’m very humbled to be here. Thank you all so much for this extremely warm welcome,” shared Faisal as he received a standing ovation.

Since Ramzan is a slow month in terms of entertainment, of course everyone wanted to flock to the PACC to watch nearly 15 odd comedians take the stage and spend the night trying to make them laugh, but the underlying feeling of wanting to donate to a charitable cause also brought people forward. However, as one comedian pointed out: “You guys aren’t doing any charity. You’ve paid money to watch us and laugh. WE are the ones doing charity. I even had to buy a water bottle for myself.” But to be fair, McDonald’s had arranged free Sehri for all the performers so nobody left empty handed. 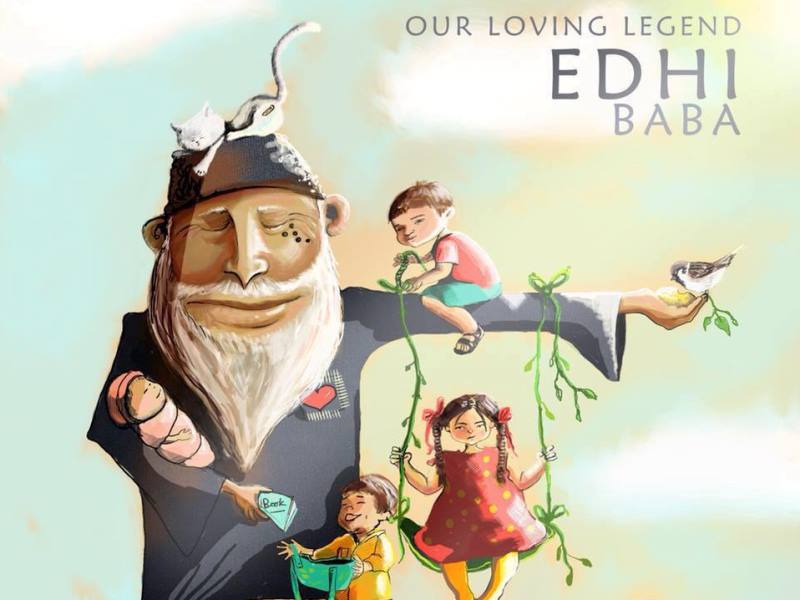 Will comedy in Pakistan please stand up?