Since their debut in the year 1984, the MTV Video Music Awardsâ€™ red carpet has endured the most shockingly outrageous and the strikingly magnificent outfits from the celebrities. MTV VMAâ€™s are among the most awaited and iconic musical awards of the year. Yes the very one event that saw Miley Cyrus walk in with unabashed confidence in a ludicrous metallic belt outfit and Lady Gaga in her meaty-dress (we mean yes, a dress made of raw meat!)

Letâ€™s have a look at the worst and best dressed from the VMAâ€™s this weekend:

Katy Pery in her futuristic (thankfully not alien-ish) gown, wasnâ€™t a total sore loser after all.

Our host of the VMA 2017 is notorious for her rather wicked and unsettling choice of apparel, but the star pleasantly startled us this time. Although losing the award to her lifetime nemesis called Taylor Swift, the star won at her outfit. The singer looked sophisticated, chic and all things good in her crisp sculptural white gown by Stephane Rolland.

Not that we expected much from a High School Musical star but cmon Vanessa it was the VMAâ€™s!!

We are perplexed at what look Vanessa Hudgens was aiming at with this disastrous Yanina Couture dress. There is nothing stylistically acceptable about that cropped-short hairstyle or Â hem either.
Â

Paris Jackson – the beauty in Dior

She looks stunning as ever.

If you are out bashing “Nazi white supremacist jerks” and Trump himself in a VMA, you gotta do it in style. Michael Jacksonâ€™s daughter had some strong words to say at the awards last night as she donned on this Dior sheer tulle flower embroidry dress over her underwear.

Among Nicki Minajâ€™s numerous wardrobe malfunctions, we add this to the collection.

Wearing a pink latex something the singer looks like she was there for an audition to a ‘ridiculously-styled Barbie contest’. Just the idea of wearing skin-tight latex (!) in one the most humid nights in LA makes our skin crawl…then there are dare-devils like this chart-topper.

In case you needed any further validation over whoâ€™s the queen of the looks, have a look at this million-dollar woman. Perhaps no one can ever flaunt fish-net style cutout gowns better than Jennifer Lopez as she stunned yesterday night, wearing Julien Macdonald.

Did someone not tell Miley Cyrus it was a VMA ceremony and not a costume party?

Inspired by the King of Rock and Roll, Elvis Presley, the 24 year old actress did turn several heads at the VMA’s. But we are sure most of them were out of amusement and horror. But itâ€™s okay, because weâ€™ve seen her in worse

Lorde – sick yet on fleek

Despite suffering from what seemed like a bad case of flu, Lorde did give out a good performance at the VMA’s. The singer couldn’t sing, yet gave out an iconicÂ interpretative dance that most people are still reeling from. But just looking at her in this gown, we are having a difficult time recovering from the poofy skirt. We prefer her dark and grungy.

Kesha – the chronicles of a badly timed attire

We all know about Kesha’s bygone misfortune years. Nothing pleases us more than having Kesha back in apparently excellent health. The singer looked happy too. But don’t you think this poofy gown is oddly timed for a big comeback to the VMAs?Â Lordeâ€™s gown was a better take at being a poofy princess, but with this oneâ€¦no, Kesha, no.

Pink is not shy to stand out! Husband Carey Hart and daughter Willow Sage Hart pull off dapper suits at the VMA.

Pink and her beautiful family walked on the red carpet all cool and business-like, setting the benchmark for #FamilyGoals. The singer gave a heart warming speech about body image and how her daughter was bullied for “being ugly” at school. Just how topnotch and dapper they all look, even the the six year old Willow. We think the seven month old Jameson must be rocking a dapper suit in his crib back at home as well. Cute!

And we saved the best for last…

Transgender service men from the US Armed Forced walked the MTV Video Music Awards with their heads held high, amidst the resonating applause of approval from all celebrities.

Just after Trump’s transgender military ban that clawed at our angst and wrath, we saw a very empowering sight at the red carpet. The MTV MA’s have historically picked up socio-political issues to draw attention to and we wish our local industry could pick up and get inspired too. We’ve had one politically incorrect instance too many! 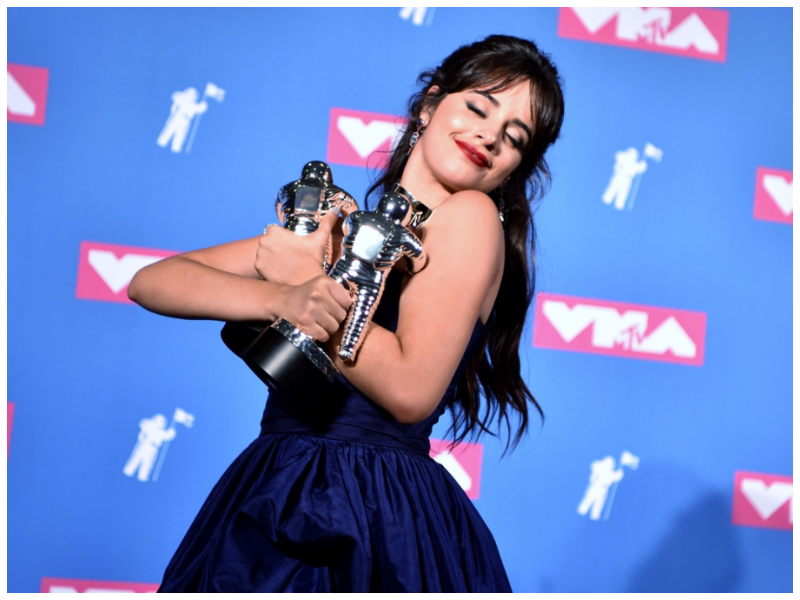