Dubai, and the Media Rotana Hotel in particular, was buzzing with Pakistani stars as the batches of limousines (read vans) made way from the airport to the hotel on a pleasant Friday afternoon. In one glance I could see stars ranging from newbies to veterans. I mean, from Feroze Khan to Jawed Sheikh. I almost hit Waseem Badami while reversing my car; it was that serious an overflow of celebrities around and inside the hotel.

Sadiq Saleem, our writer, with Hamza Ali Abbasi, son of the soil.

Cybil Chaudhry was running around in the lobby since the time she had arrived as her dress had not yet taken off from Lahore. Ayesha Omer was supposed to wear a customized Shehla Chatoor outfit, which arrived rather late. Raheel Rao from Diva lost his luggage and his cool at the airport while Hina Dilpazeer looked worried because her room did not have a WiFi connection. Ahmed Butt was on a mission to click 60 selfies in 30 seconds whereas Saba Waseem out rightly refused many for a picture saying â€˜abhi mere baal bilkul achhay nahi lag rahayâ€™. Some guest had already checked into room 204 reserved for Maheen Khan and hence she was waiting. All this was overheard and seen at the Media Rotana hotelâ€™s lobby. Amidst all this fiasco, if there was one woman whose hair and make-up stood the test of times it was the ever-ready-to-hit-the-red-carpet, Saba Ansari from Sabs.

Mahira Khan has always vowed us with her red carpet choices and this time was no exception. She cut a striking picture in a Manish Malhotra outfit. Mehwish Hayat looked ethereal in a custom made Shehla Chatoor dress and was quite a kill. Gold is in and Sana Buccha showed us how; she turned up in Asim Jofa! Other ladies who nailed it were Mawra Hocane and Aamina Sheikh.

Amongst the models, it was Vaneeza Ahmed who caught everyoneâ€™s attention especially of the Middle Eastern and Arab women. She always gets it right with her simple yet feminine style. Her Faraz Manan outfit exuded Vintage charm. Cybil Chaudhry looked drop dead gorgeous in Elan. Looking radiant as ever, Zeba Bakhtiyar rocked Shamaeel Ansariâ€™s outfit like a dream.

None of the men stood out for the choice of their outfit except for the two veterans: Amir Adnan and Asim Raza. Well done both of you! Those who marginally cut the ice were Junaid Khan and Fawad Khan.

Three people who never bothered to double check what they brought with them to Dubai were Sarmad Khoosat, who wore knee length pants under his jacket (which he later unrolled before he went upstage), Iman Ali who wore an ankle length long white jacket which looked awful (though her presence and her timeless charm more than made up for it) and last but not the least, Hamza Ali Abbasi, who wore a plain black cotton kurta shalwar and took simplicity to another level.

The fact that ARY transported Pakistanâ€™s entire film and fashion industry to one of the most happening cities in the world is an achievement in itself. It was indeed one of the most well planned, well marketed and well attended events.

This is an extremely interesting time for Pakistanâ€™s film industry and the idea of promoting it in the Gulf and reaching out to millions of viewers across the globe is a great idea and ARY and its team pulled it off with panache. I cannot remember anyone who was missing from the ceremony and people who rarely attend events also came forward to support ARY awards, such as Marina Khan, Atiqa Odho, Zeba Bakhtiyar and Nadeem Baig. The youth brigade comprising Feroze Khan, Osman Khalid Butt, Sohai Ali Abro and Mawra Hocane rocked the proceedings while veterans like Humayun Saeed, Aijazz Aslam, Faisal Qureshi showed that they are still a force to reckon with.

It was not a usual Red Carpet where the stars queue-up and then make way to the hall. The organizers had provided for a networking area where many Indian and Middle Eastern attendees were interacting with the crÃ¨me de la crÃ¨me of Pakistanâ€™s fashion and film. Manju Ramanan, who is the Editor of Filmfare and Femina made sure that she greeted everyone present at the ceremony and most of them, especially Osman Khalid Butt, and Vaneeza Ahmed shared their childhood memories associated with the Filmfare magazine. Ramanan also showed interest in interviewing stars Sania Saeed, Asim Raza, Junaid Khan and Sarmad Khoosat. This is how one grows! And ARY awards gave ample opportunities to do that at the ceremony.

An Awards show in Pakistan would be incomplete without Fawad Khan.

Fawad Khan got the temperature rising as he entered past midnight and it took a while for everyone to collect themselves. There was a time when almost half the crowd had gathered in the front row to get a picture with this Kapoorâ€™s son who was compared to Shahrukh Khan and Amir Khan, which he himself mentioned was â€œa bit too muchâ€. On accepting the International Icon award, he admitted that â€œPakistan gives me the reason for successâ€ and the crowd cheered the loudest.

Sania Saeed and Sarmad Khoosat won the awards for the Best Actress and Best Actor â€“ Critics for their mind-blowing performances in Manto. Where as Humayun Saeed and Ayesha Khan won the popular choice award for their roles in Jawani Phir Nahin Aani.

First of all the performances were lackluster. Though AFA had roped in really good performers such as Noor, Faisal Qureshi , Fahad Mustafa, JPNA gang and Mehwish Hayat, it was the choice of songs that was poor. Pakistani old songs are crowd pullers any day and they should have picked those songs for the performances instead of songs from ARYâ€™s latest films. Noor, one of the best dancers in the industry, was a sheer disappointment. God knows what song was that!

And Mr. Fahad Mustafa, stage performances are all about connecting with the audience. If you have a â€˜Oh I am too cool for all thisâ€™ attitude on your face, then such performances, no matter how good they are, donâ€™t go a long way. And the idea of re-mixing Waheed Muradâ€™s iconic songs was not good at all.

Sohai Ali Abro performing to a medley of her songs

The script was too plain and most of the jokes fell flat. Ahmed Butt saved the evening multiple times but that too seemed more of an impromptu thing than a rehearsed act. He could have brought the house down with his â€˜Taher Shahâ€™s Angelâ€™ avatar but an insipid interaction with the audience killed the moment.

The many breaks during the show also disturbed the momentum of the show.

It was a JPNA overdose. We donâ€™t mind if one film receives awards in multiple categories â€“ Bajirao Mastani took home 11 awards this year. But that somehow made sense. However awards like Best story going to JPNA was a bit too much. There were many other films especially Manto and Moor that deserved to win in some categories other than Jury and Criticsâ€™ Awards. It was just like giving an award to Anu Malik and a snub to A R Rehman.

PS: YOU READ IT HERE FIRST!

All these things aside, what took me by surprise was the news revealed by the unstoppable Frieha Altaf that after a gap of almost two decades, she is going to act in two upcoming films. Now that does sound like fun!

Sadiq Saleem, is a UAE based entertainment journalist. He is also an Instep correspondent and can be contacted on his page fb/sidsaidso.

– All images either by the author or from the ARY Film Awards’ official Facebook page.

– We’ll put up a full red carpet album as soon as the official images come in. 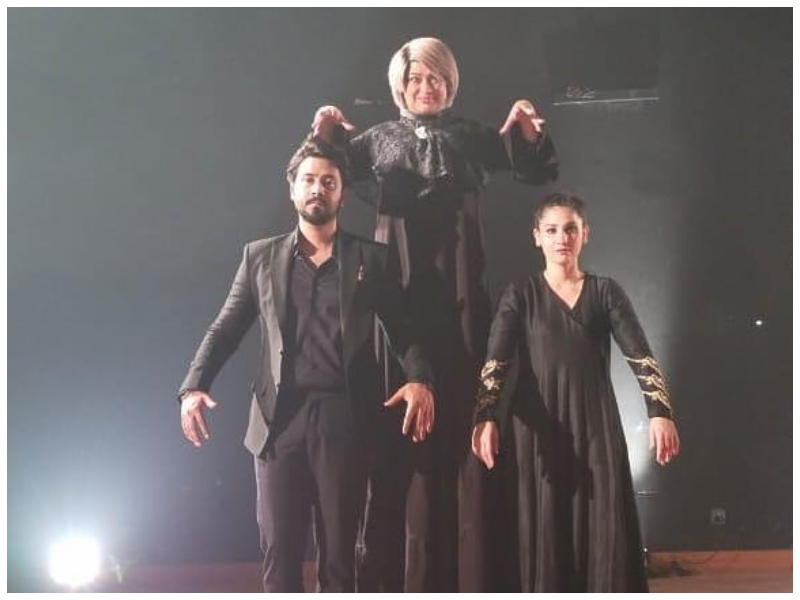 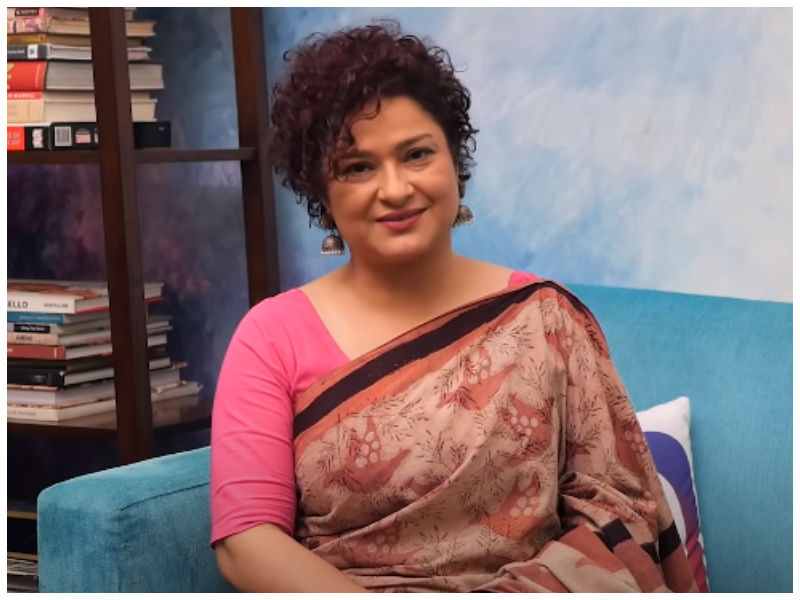 Video: ‘Raqeeb Se is a script I didn’t want to change at all,’ says Sania Saeed 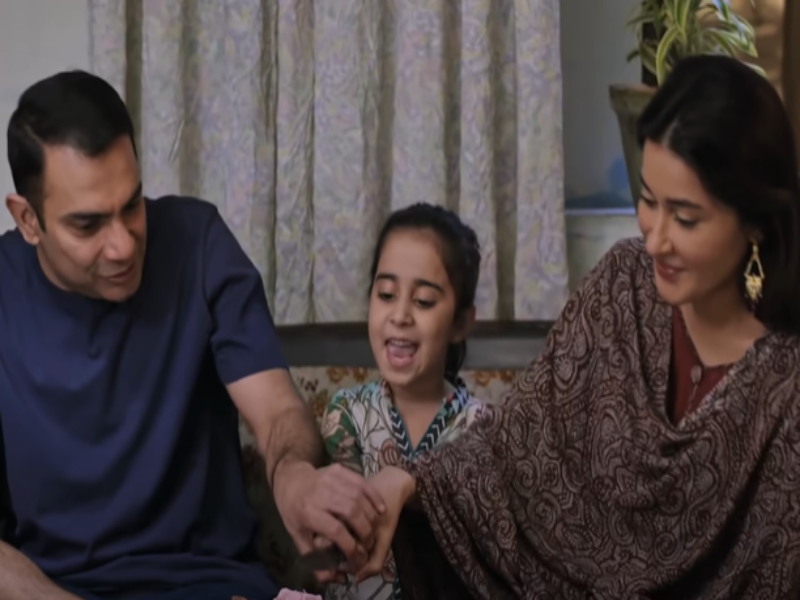