10 celeb Instagram posts which kept us entertained this week

It’s that time of the week when we round up the posts that stole the spotlight on our Instagram newsfeed â€” and this week surely was a delight. Â From Diwali celebration to major announcements and teasers being released, the week has been pretty happening for the industry it seems.

Here are the posts that caught our attention this week:

When Mahira Khan addressed her relationship with procrastination

Mahira Khan is an actress who knows how to deliverÂ dialogues both onscreen and offscreen! While we love the laid-back attitude and clean natural look in the picture, it’s the caption that we loved the most. “Rishtey mein toh hum procrastination ke baap lagtay hein,” she wrote describing the link.

When Sajal Aly shared the 1st teaser of â€˜Aanganâ€™

The first teaser of the drama features Ahad Raza Mir as Jameel and Sajal Aly as Chammi, and their brilliant on-screen chemistry has won the audience once again. Itâ€™s well shot and the actors prove their talent in every frame and with each dialogue they deliver.

When Mawra shared the 2nd teaser of Â â€˜Aanganâ€™Â

The 2nd teaser featured the entire cast, making the viewers even more eager for this heartbreaking pre-partitionÂ saga than they were before.Â Those whoâ€™ve read the novel are aware that Aaliya (Mawraâ€™s character) is the narrator and the central character in the play. Lack of screen time allotted to her in the teasers have left them curious, wanting for more.

Read More:Â Why does Aaliya, the central character, get a blink & miss in â€˜Aanganâ€™ teasers?

Deepak Perwani invited his friends and family to his new home to celebrate Diwali and the party became a night to remember full of love and light! Sonya Hussyn looked gorgeous and gave major Desi Girl vibes. (She actually looks like Priyanka Chopra’s Pakistani twin.)

#diwali #celebrations? at @deepakperwaniofficial Here's wishing happy Diwali to all those celebrating. May you light up the way for everyone around you. Best wishes for our #hindu brother community in pakistan #spreadlove #spreadpeace #sonyahussyn ?

When Mustafa Zahid shared the song from his 2nd album

Roxen the band released its debut studio album Rozen-e-Deewar in 2006 and after that, while they did do music for films there was no news of a second album, until this year that is. The first song, featuring Mustafa Zahid and Sadia Khan, titled â€˜Meray Saathiyaâ€™ from Roxenâ€™s upcoming album Bhula Samundar has been released and we already love it.

â€œFeeling honoured to have met our national hockey team today and gotten some tips. We need to bring glory back to our national sport in which we won the world championship 4 times (a record in itself),” the rockstar wrote. Ali Zafar added that it is sad to see this sport so ignored.

â€œFeeling honoured to have met our national hockey team today and gotten some tips. We need to bring glory back to our national sport in which we won the world championship 4 times (a record in itself). It is sad to see this sport so ignored. Our team has been nominated after 8 years to play for the world cup for which it must leave on the 21st Nov for India. However it has no backing, no funds or support. I plead to the government to do its best to support our national team and I want us all to root for them.â€ AZ. #hockey #nationalsport #hockeyworldcup #pakistan #india #sport

When ArmeenaÂ Khan shared her wisdom

â€œNever imitate, authenticate,â€ shared Armeena Khan giving the message to be original. The Janaan star and humanitarian is currently fulfilling her mission to help as many of the 1.4 million Syrian refugees in Jordan.

“When a young free-willed lad meets a beautiful and strong willed girl, sparks fly…,” read the caption making us even more impatient for the movie. We have a very strong feeling that Maya Ali and Sheheryar Munawar’s chemistry will be amazing in the film.

Maya Ali looks gorgeous in every frame and outfit yet red seems to look amazing on her. After sharing the 1st look from her upcoming film opposite Sheheryar Munawar, she wrote, “Itâ€™s a treat to work with such a humble, hardworking and a great person likeÂ @sheheryarmunawar…So ladies and gentlemen get ready for an epic love story of Sani-yar…”

When Fawad Khan made an appearance on our insta-feed!

Fawad Khan is known to be highly inactive on social media, so it was an absolute treat to get a new post on our insta-feed featuring the khoobsuratÂ Khan! We can not wait to see him grace our television and cinema screens soon.

A very promising Youth Skills Development and leadership program launched last night by @pepsipakistan @pepsico in collaboration with Amal Academy. A nationwide program that will train thousands of graduates on professional skills!

Previous post
‘Itâ€™s not the same ‘Alif Noon,’ itâ€™s a new take,’ reveals Faisal Qureshi about the remake
Next post
Juggun Kazim is all set to star in a digital film for YouTube 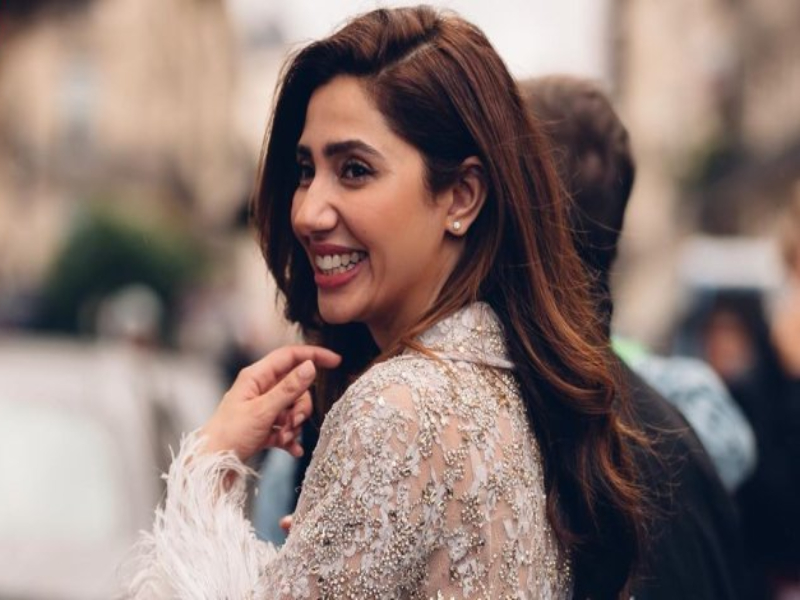