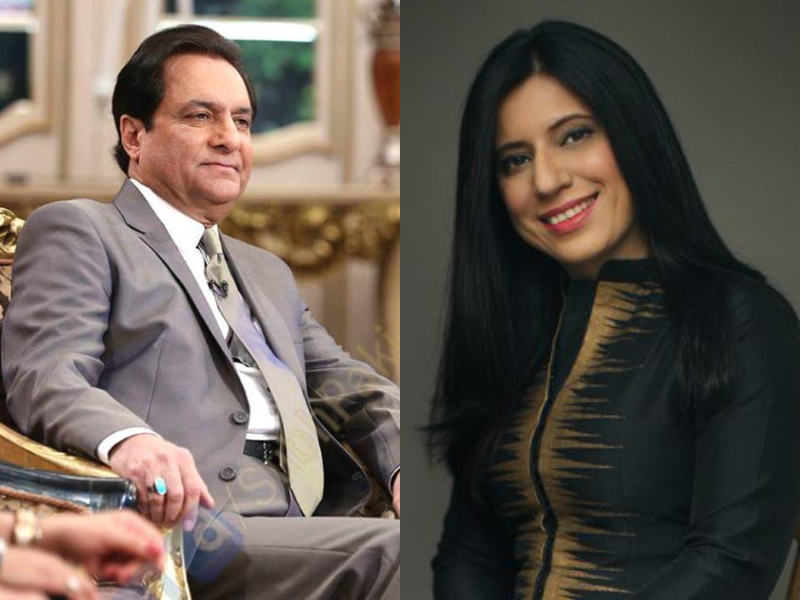 Last week, veteran actor Firdous Jamal, made some questionable remarks about the countryâ€™s sweetheart, Mahira Khan. He stated that Mahira is far from a superstar and is better suited to play motherly roles owing to her age. The industry erupted; much to Mahiraâ€™s own surprise. Where the Superstar herself maintained a dignified silence, her peers made explosive remarks about the situation all week long, and Mahira finally penned a letter to address the situation. The storm had settled, for all intents and purposes.Â  But had it really?

The issue was ignited yet again when the head of MD Productions, Momina Duraid, came out with her own stance on the issue and cancelled Firdous Jamal. â€œWe are ashamed of him for being a part of our fraternity and would clearly state that my company MD Productions would not work with him again in any capacity,â€ she stated. 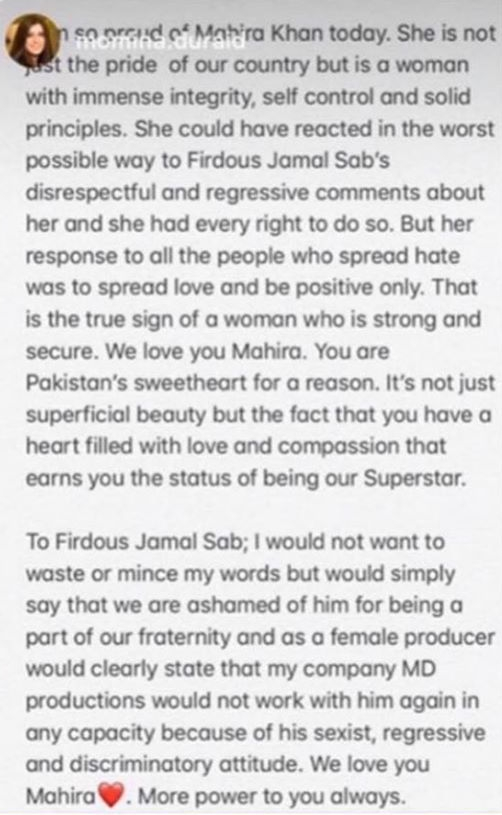 Now, the vicious side of political correctness seems to have reared its head. Where the country is already confused about regressive issues like sexism, ageism and the generation gap, Mominaâ€™s comments come across as unnecessarily harsh. And while her attempt at remaining politically correct in a precarious scenario may have been appreciated in a different situation, itâ€™s almost an ill fit in this one.

With the volatility of social media today, itâ€™s extremely important, albeit hard, to remain objective during controversies. Where a comment may be appreciated in one situation, it may not be as welcome in another, which is why it is so important to pick your battles wisely. If an artist is put on blast for his predatory nature or for abusing his partner, cancelling him and his career may not seem so harsh, (as has been the case of Mohsin Abbas Haider). However, if an aging actor, with a completely different set of values because he belongs to a different generation, is hit with a ban for voicing his opinion, it may be a bit too much.

Itâ€™s a slippery slope; being socially woke. You can never be too sure if itâ€™s too much or too little, and you canâ€™t tell when it may just swing back at you. This is illustrated by the reaction to Mominaâ€™s ban on Firdous Jamal; while everyone was vehemently calling out his ageist comments and condemning them, after Mominaâ€™s comment, the conversation shifted from correcting him to bashing Momina for her harshness. Her support for Mahira Khan has actually been counter productive to the cause.

So where we do we draw the line with social mediaâ€™s cancel culture? Itâ€™s a heavy question and one to ponder. Itâ€™s not only imperative to know the rights and wrongs, but to also be aware of the importance of objectivity in an industry that is already murky with bigger scandals and in a country where social issues are still not clearly understood.

Hereâ€™s to hoping that we can be more understanding of the fact that itâ€™s important to educate rather than isolate regressive mindsets, and thatâ€™s the only way to make any substantial change. 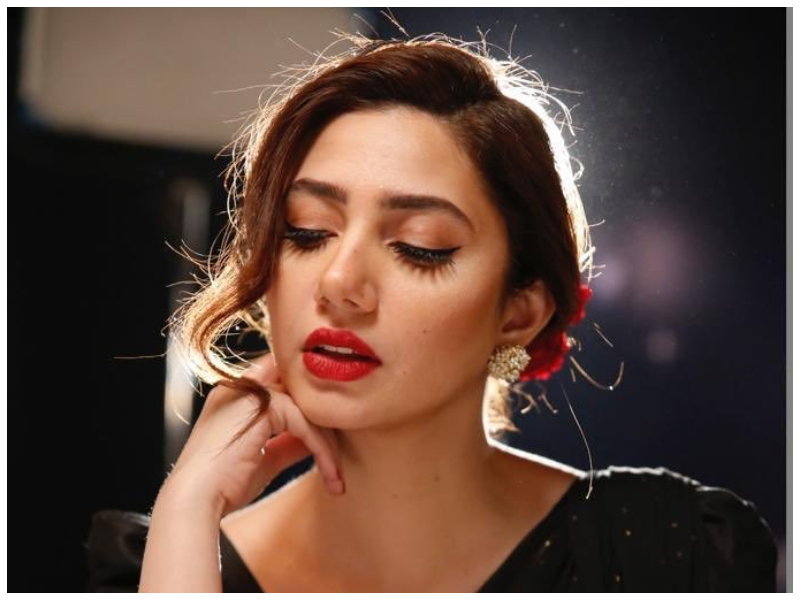 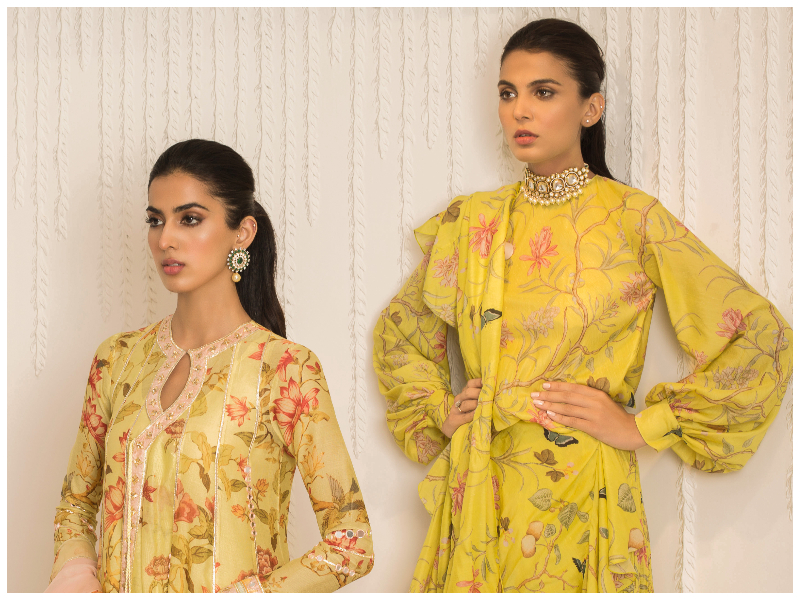