Here are the biggest hits of 7th Sky Entertainment in 2019 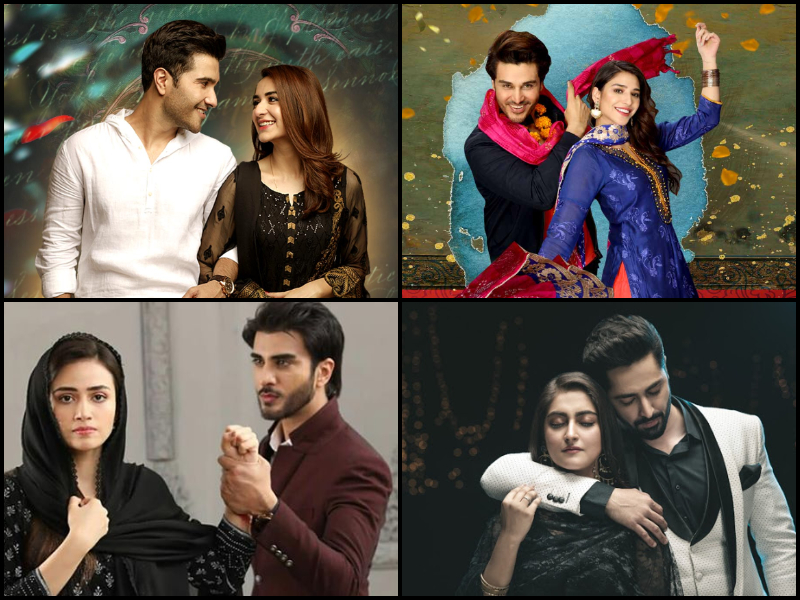 While we are enjoying the new list of plays introduced by the power duo of Abdullah Kadwani and Asad Qureshi through their production house, 7th Sky Entertainment, we cannot ignore the gems they have given us last year. Many memorable plays ended with the New Year while some are still running on Geo Entertainment and viewers are hooked on to them.

The production house has given some of the most anticipated, watched and appreciated dramas of 2019. Let us take you down the memory lane with a select few that were followed by the nation and trended on social media and YouTube as well: 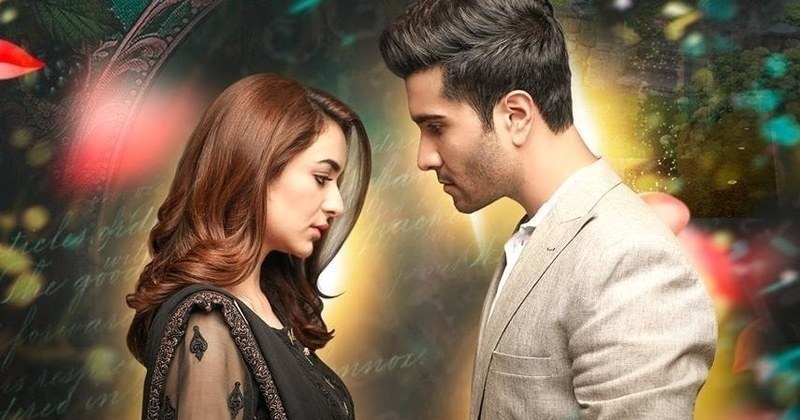 Starring Feroze Khan and Yumna Zaidi as lead, Dil Kya Karay not only gave viewers a new jori to root for but also a beautiful story. It was Mehreen Jabbar’s comeback project after a long break from television. The drama addressed relatable issues that may surface in any joint family and it was a delight to watch it. 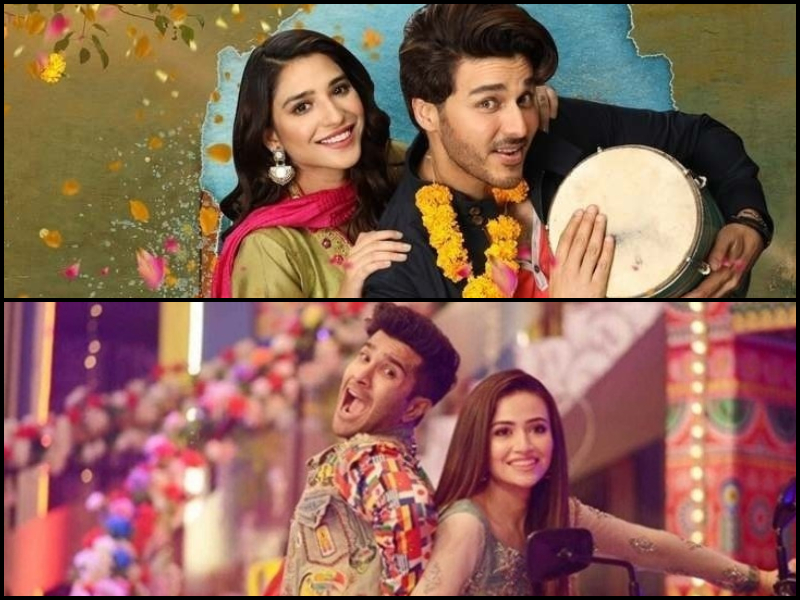 Both the plays had something new to offer. We saw Ahsan Khan in a comic role for the first time in Shahrukh Ki Saliyaan, opposite Ramsha Khan. The same goes for Romeo Weds Heer; though Sana Javed and Feroze Khan’s jori wasn’t a new one. Their on-screen couple became a hit with Khaani (also produced by 7th Sky Entertainment) but the two tried their hands at a new genre with a romantic-comedy series like Romeo Weds Heer and it was a success! 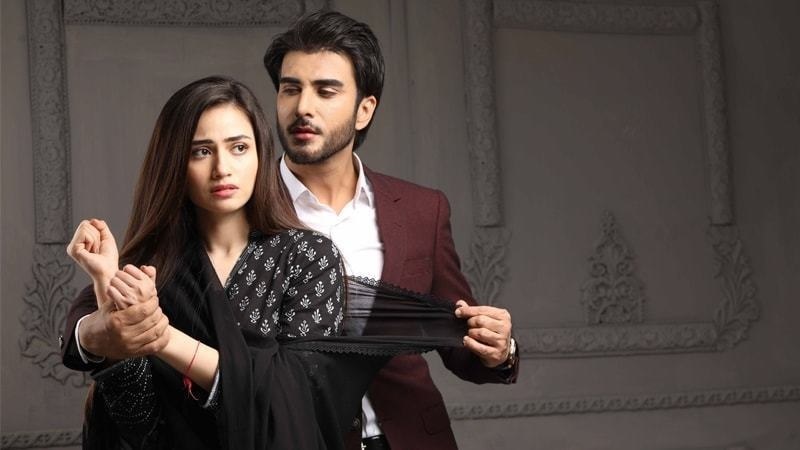 It’s not just that 7th Sky Entertainment provides quality content when it comes to family drama or comedy. It also actively put forth plays that tackle with social issues and taboo subjects like it did with Dar Khuda Se. The drama starring Imran Abbas and Sana Javed talks about workplace harassment and is still running successfully with episode 36 being aired recently. 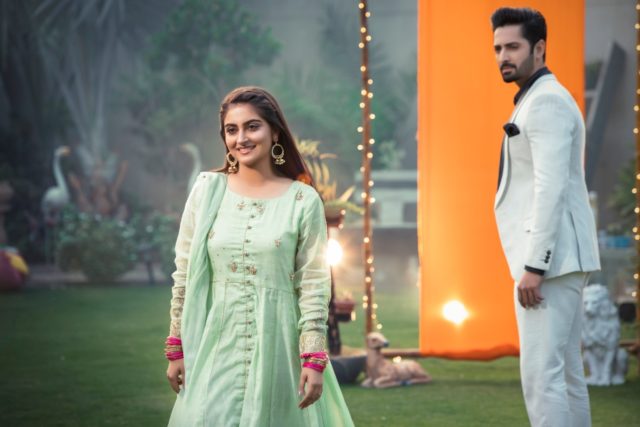 Who doesn’t remember the hype generated by Khaani’s story line? Well… Deewangi is another play that deals with a similar subject about intense love. The drama features Danish Taimoor and Hiba Bukhari in lead roles and people are loving their on-screen pair. 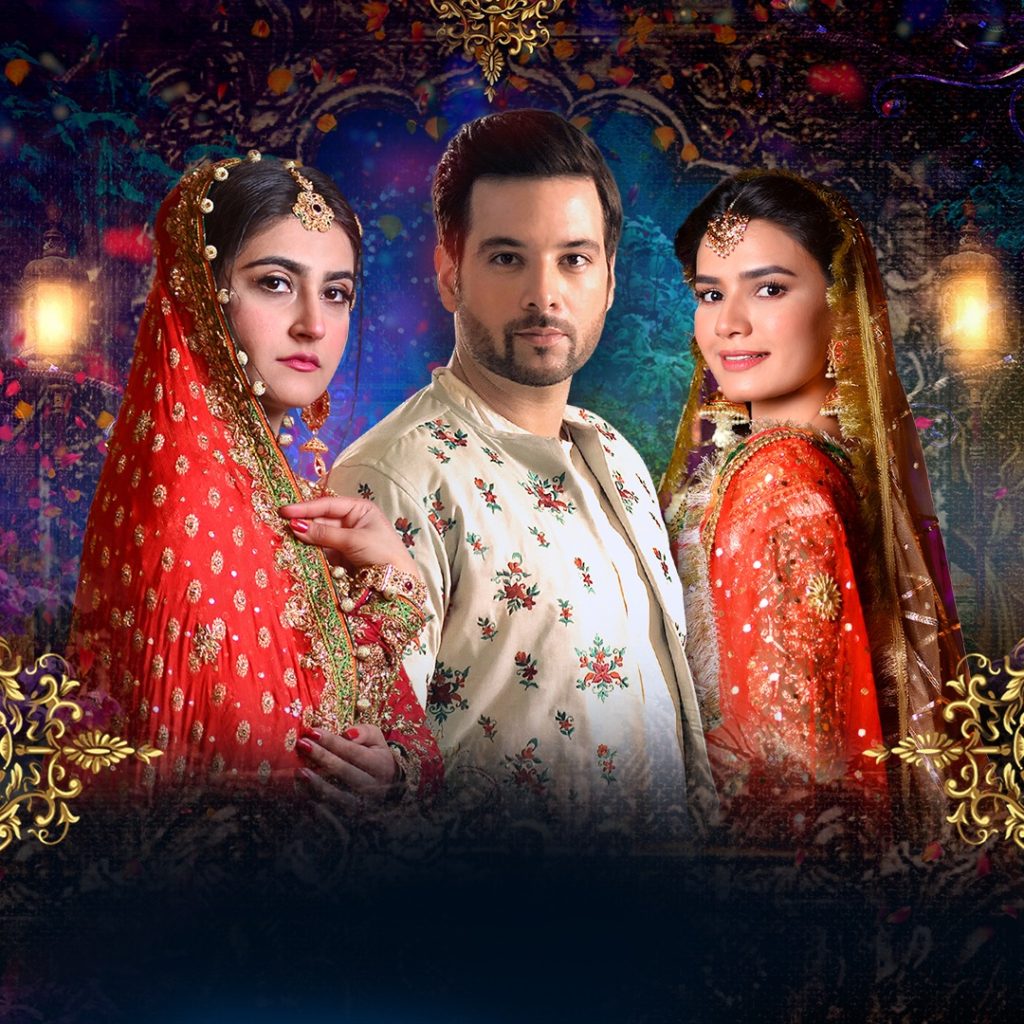 Ramz-e-Ishq recently concluded on a very happy note. Featuring Mikaal Zulfiqar, Kiran Haq and Hiba Bukhari, the play highlighted the value of familial bonds and what is required to maintain harmony in a family. The positive messages in the ending were much-appreciated by the audiences, evident by high-ratings of its finale. 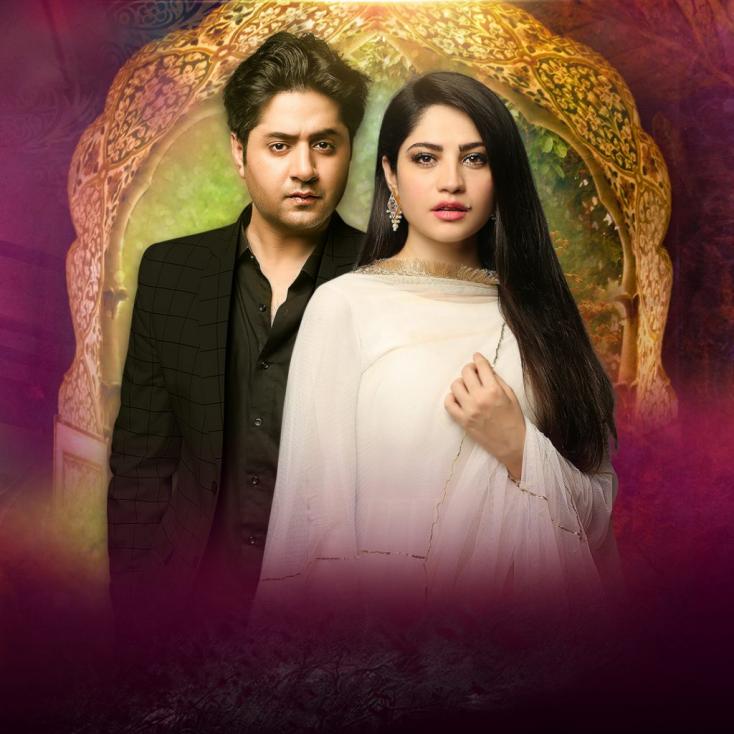 7th Sky Entertainment also gave viewers an opportunity to see their beloved Imran Ashraf in a never-seen-before character. He plays a romantic hero opposite Neelam Muneer in Kahin Deep Jalay which is a family drama. 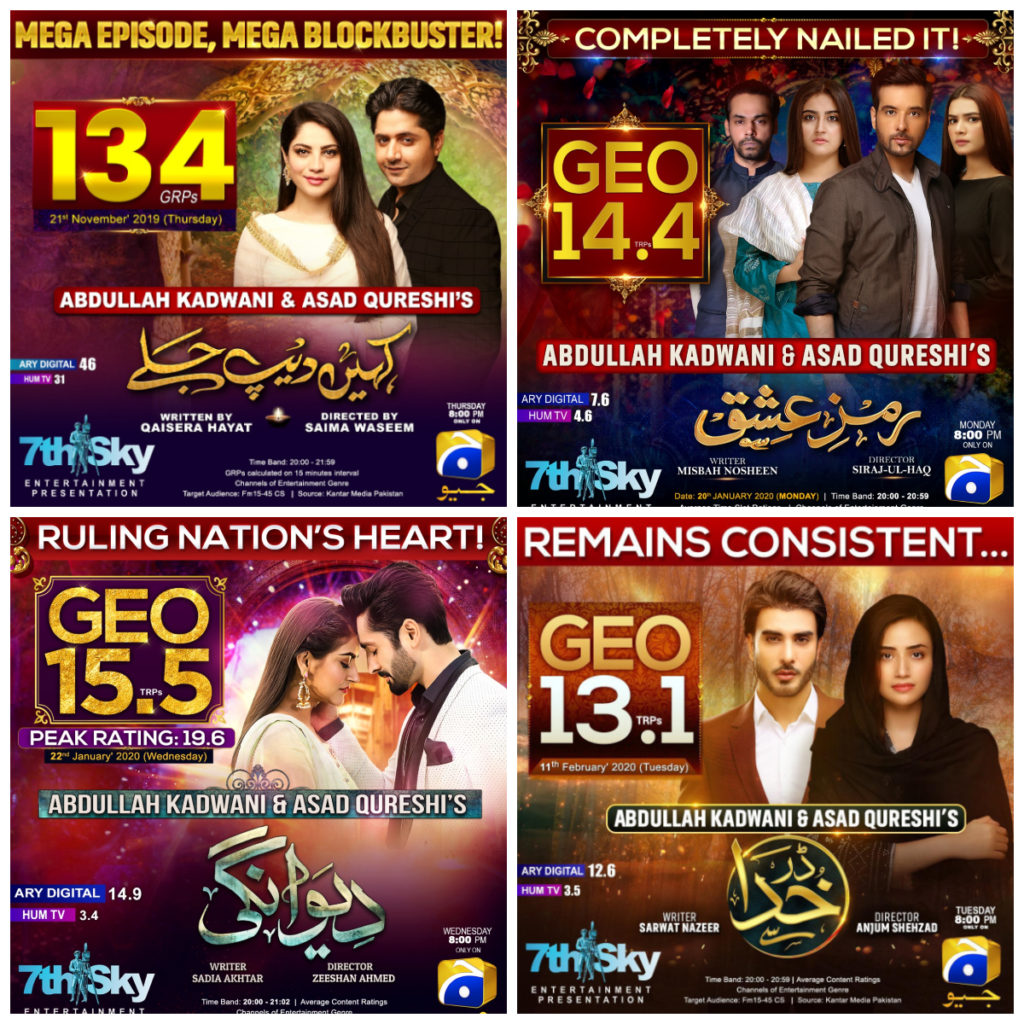 The production house joined hands with Geo Entertainment in 2018, and the high ratings of their drama is testament to the success of this collaboration. Most of the plays top at the local drama ratings and thus their popularity is undeniable. That’s not all; the impact goes beyond ratings as all these projects have fresh on-screen pairings and important storylines that strike a chord with the viewers.

Which one of these dramas you loved or are currently watching? 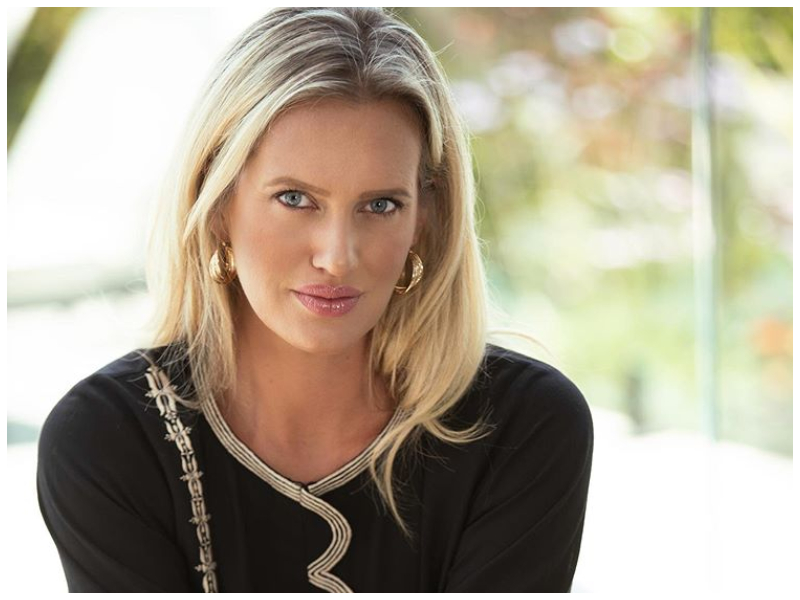 Previous post
Shaniera Akram shares her experience of working in first film
Next post
Why was infidelity and not domestic abuse the cause for Sameera to end her marriage? 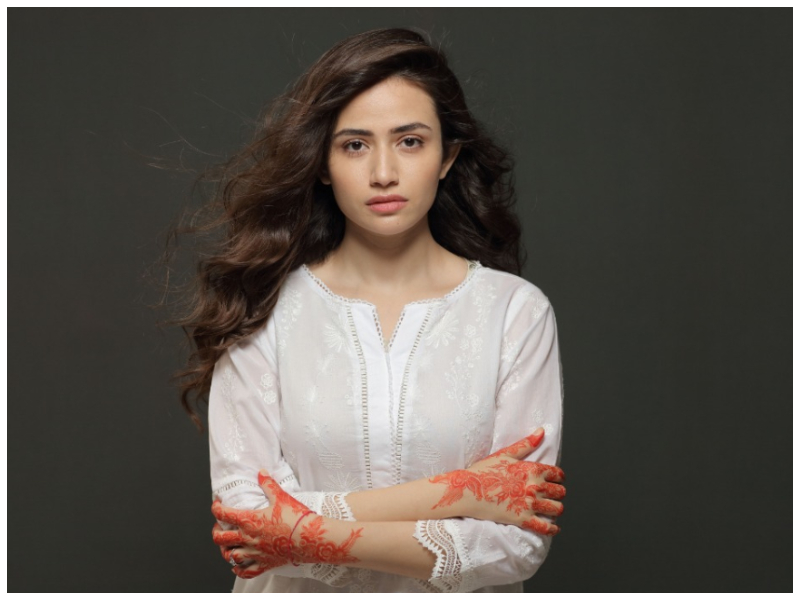