A Man for All Reasons

Humayun Saeed talks about work, women, the scandals that follow him and his upcoming films that will jolt him out of the comfort zone of romantic hero, as seen in Bin Roye.

Humayun Saeedâ€™s house shares an insight to the star he is; at least his den â€“ in the basement of his home in a posh Karachi locale â€“ does just that. You walk down to be welcomed by a wall decorated with awards; thatâ€™s a mantle that exhibits his successes as an actor. One room boasts a massive billiards table; itâ€™s a room lined with articles, shoots and features that have celebrated his existence over the years. His lounge, another palatial space decorated in shades of wood with the right amount of cowhide, leather and electronics screams â€˜menâ€™s clubâ€™; this is where he entertains. The roomâ€™s focal point is a wall projection system and there are more than several confusing remote controls to manage everything from the lights, the air-conditioning and the visuals to the acoustics of the place. The lack of books is compensated by a wall offering every possible DVD you can think of, including a large selection of his own TV serials.

Despite having acted in and produced over a dozen prominent plays through the years, itâ€™s films that have rocked his boat and thatâ€™s a journey that began with Samina Peerzadaâ€™s Inteha in 1999. Main Hoon Shahid Afridi came a long fourteen years later â€“ and there has been the odd film or two in between – but itâ€™s Bin Roye, releasing this weekend, which has completed the celebrityâ€™s spin cycle. What kind of expectations did he have from the film?

â€œItâ€™s not just me; a lot of people have very high expectations from this film,â€ Humayun speaks about Bin Roye as he settles down to his first cup of tea of the day. Heavily brewed and flavoured with a sachet of sweetener, this is his way of keeping calories under check and balance, something that is important when youâ€™re going to be on the big screen.

â€œThis is a female-centric film, which lends it novelty value because the two most successful films in recent times â€“ Waar and Na Maloom Afraad â€“ were male oriented. But itâ€™s a learning process. For the next few months, as Bin Roye, Wrong Number, Dekh Magar Pyaar Say, Ho Mann Jahan, Jawani Phir Nahi Aani and Moor release, weâ€™ll all manage to understand what the demand is. They are all different genres and Bin Roye is a mature romance.â€

Humayun goes on to explain what a mature romance is, expressing complete confidence in his character and role in the film. He explains how itâ€™s about emotional and personal journeys. Itâ€™s an â€œintenseâ€ romance, he emphasizes. One canâ€™t help bringing up his debatable chemistry with Mahira, whether they â€˜clickâ€™ onscreen as Mahira and Fawad Khan (the filmâ€™s original choice) did. Does it bother him that Fawad was the first choice for the film?

â€œNo, not at all,â€ heâ€™s quick to reply. â€œNothing bothers me, just as it never bothered me that I was the first choice for Humsafar. Fawad was working on one of my serials in those days and I had just completed Neeyat with Mahira. Momina wanted fresh casting and she actually made it my responsibility to convince Fawad. To be honest no one knew Humsafar would be such a big hit; maybe if I had done it, it wouldnâ€™t have been,â€ he smiles generously.

â€œBack to Bin Roye, ironically the filmâ€™s requirement was that we NOT have chemistry,â€ he continues to explain. â€œThe film is very real where relationships are concerned.â€

As Humayun talks, it becomes more and more obvious that heâ€™s a man with no insecurities. Heâ€™s in control of his career as actor and producer and he gives absolutely no impression of restlessness, immaturity or anxiety. Does it bother him, I wonder, that people were critical of his age difference with Mahira? In fact, did he feel that heroes should have a shelf life and that age made a difference in the success of a film?

â€œAbsolutely not,â€ he replies with clarity. â€œAge makes absolutely no difference. If Aamir Khan could do 3 Idiots at his age then anything is possible; one just has to work on his character and appearance to make it appear real. Mahira and I both had to look ten years younger in Bin Roye and I think weâ€™ve done a convincing job.â€

Fitness plays a big role in looking good on the big screen, he shares, which is why heâ€™s becoming increasingly health conscious. One canâ€™t help but bring up the fact that his face does look different, more chiseled these days.

â€œMy face has changed but I have not had any procedures or surgeries done to change it,â€ he replies when I ask him whether he has gone under the knife. â€œI would never hide it if I did. I had to go to the cosmetologist after my accident (in Bangkok) and I had visible scars. So I was prescribed medications to heal my skin. As for my body, it changes from time to time. In Doraha I looked like a milkman; I was so round. But I give time to myself now. I gym regularly and I watch my diet. Iâ€™m getting increasingly health conscious.â€

His explanation is convincing but what isnâ€™t as convincing, however, is the small to big screen transition that the cinema-going public is experiencing. So many television actors are shifting to films and now with Bin Roye, even directors and writers are making the move. But it leaves the new age of movies with a tele-drama aftertaste. They technically look more suited to television than cinema. How does Humayun feel about this Achillesâ€™ heel that Pakistani movies appear to be suffering from?

He brushes the problem aside, in a characteristic casual air.

â€œPakistan has had no cinema climate for too long,â€ he starts explaining in detail. â€œFor too long people have associated Pakistani cinema with bad cinema; it was based on films that were technically weak. They had weak screenplays, weak sound and dubbing. Those were Pakistani films. Then for a decade there were no films at all. It will now take some time for the public to watch and decide what defines Pakistani cinema. That said, screenplay makes a film and weâ€™re still not accomplished in screenplay,â€ he admits.

And what is the financial difference between making a film and a drama these days, I ask since he is now producing both.

â€œA good drama is costing 2.5 crore rupees, the highest cost being of the cast,â€ he shares. â€œFilms, on the other hand, are being made on good will right now so the finances are not that clear cut. Jawani Phir Nahi Aani (which he is producing) has a huge cast but so many of the actors came on board because of the team, the overall cast and then camaraderie.â€

When it comes to camaraderie, Humayun is popular for being a really good friend â€“ a doston ka dost – and one of his close friends, Hamza Ali Abbasi, inevitably creeps into the conversation. Humayun laughs at Hamzaâ€™s mention.

â€œHeâ€™s a very dear friend and we often blast him for what he writes but heâ€™s adamant that he has a right to an expression,â€ he explains his friendsâ€™ notorious behavior. â€œHe says he writes what he feels, not for fame or hype. Hamza is not desperate as an actor. Heâ€™s not a liar. And I have to admit that whatever he says builds hype for my film,â€ Humayun smiles. â€œBut I have to say that JPNA is a family film; itâ€™s not tacky or cheap. Yes, there is a song where youâ€™ll see girls in bikinis but then we all travel abroad and see girls in bikinis on foreign beaches. How is this any different?â€

Humayunâ€™s own reputation is not without controversy either. He may be considered a dear friend by co-stars but heâ€™s also infamous for his alleged relationships and affairs with costars; he has been nicknamed the Casanova of Pakistani television. An unpleasant scandal, involving starlet Ushna Shah, was the talk of the grapevine when Bashar Momin was on air. What does he say to all that?

â€œSo many people say that to me but itâ€™s not the truth at all,â€ he clearly denies all the allegations. â€œI am known as a charmer and people perceive that the wrong way. The ladies are comfortable around me but thatâ€™s all there is to it.â€

The ladies arenâ€™t so comfortable with his wife, I tread into sensitive territory. Samina, Humayunâ€™s wife of many years, is known for running a very tight rope in the house and his co-stars are apparently petrified of her.

â€œYes, the girls I work with ARE petrified of my wife,â€ Humayun easily agrees. â€œSheâ€™s very vocal about what she approves and disapproves of. People even say that Iâ€™m afraid of my wife and thatâ€™s because Iâ€™ve always lightheartedly portrayed it that way. But thatâ€™s all perception; there is no truth to it. Iâ€™m a producer and I have to be comfortable with everyone and everyone has to be comfortable with me; itâ€™s as simple as that.â€

Humayun offers information on his scandals with Ayesha Khan and Ushna Shah, explaining how situations were misinterpreted and blown out of proportion. He reasons out how it is impossible to judge a girlâ€™s character when youâ€™re working with her for the first time; itâ€™s only after a while that you realize that sheâ€™s clingy or cheap or an opportunist. His family is clear about who all they want him to associate with and who they want him to keep at armâ€™s length. â€œAll families are like that,â€ he says, â€œWives and mothers will constantly give you advice that they feel is right for you.â€

Since heâ€™s worked with almost every new actress there is, who does he feel has most potential to succeed in cinema?

â€œThey all have potential but whether their potential can be utilized is up to the maker of the film,â€ he responds. â€œFor 15 years I was an actor with a round face and thatâ€™s who I was cast as. I was cast as Humayun Saeed. No maker pushed the boundary and thought of changing my image. Jami showed me as sleek in a video but thatâ€™s it. We have outstanding actors in Pakistan; what we need is directors who are capable of taking them to the next level.â€

Speaking of changing image and pushing creative boundaries, Humayun talks of Yalghaar, in which heâ€™ll be playing the anti-hero. â€œI want to surprise people,â€ he says, emphasizing the need to experiment as he will in JPNA as a comic hero. He also plans to make his first TV serial in four years, after Yalghaar, and follow it by producing an action film.

What about Bollywood, I ask him the inevitable clichÃ©â€¦

â€œIâ€™m in no mood to work in Bollywood right now,â€ he says point blank. â€œI have no issues working in Bollywood,â€ he clarifies, â€œbut it has to be a really strong project to sway me. Otherwise Iâ€™m feeling no urge to go now. Iâ€™m a producer and run a company of my own. Iâ€™m needed here and my company loses massively in my absence. I canâ€™t justify disappearing for three months; itâ€™s been like this for the last seven to eight years. So Iâ€™m just not interested. Iâ€™d rather prefer Shah Rukh Khan to come and work in one of my films. To be honest they are the real stars, even in Pakistan, and their star power would work wonders for us. So I wonâ€™t be working in Bollywood right now.

Is there anything that you wouldnâ€™t do in a film?

â€œOther than a bed scene, no,â€ he concludes. 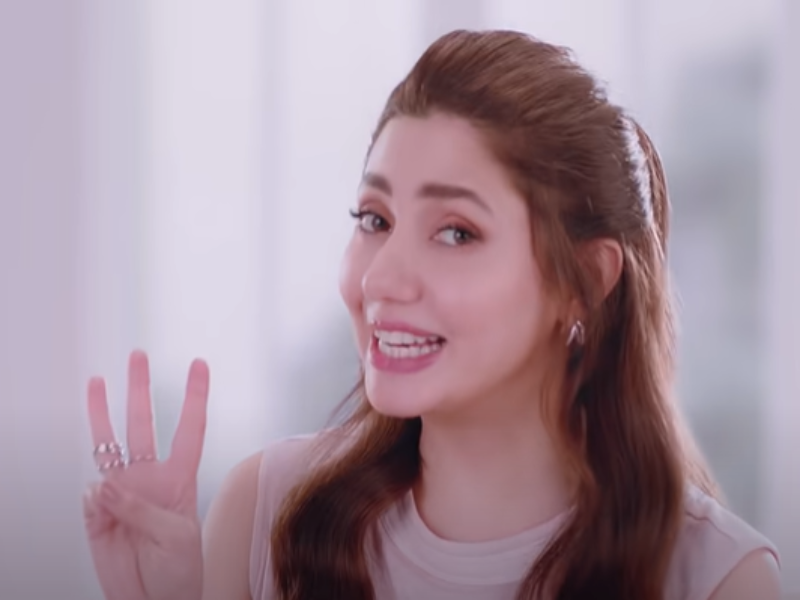