Ishqiya: Is Hamna really the victim or the villian in this drama? 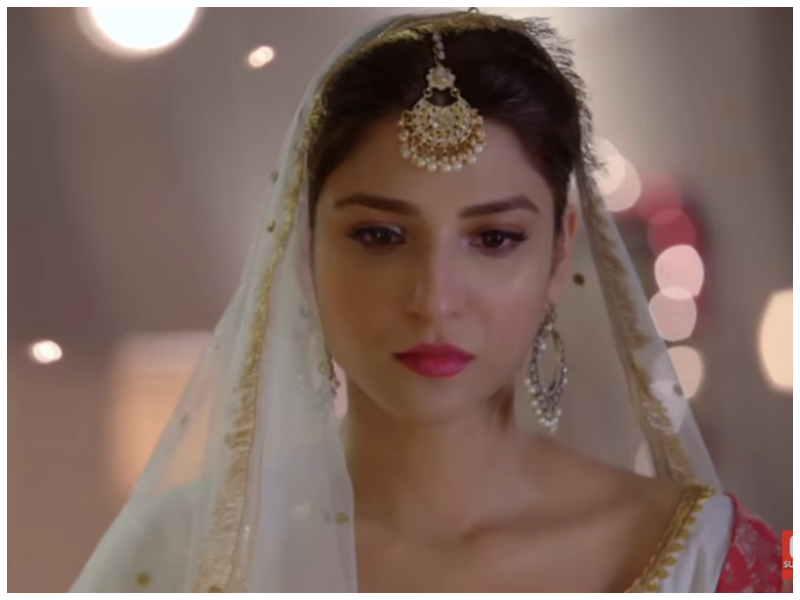 Ishqiya depicts a story about the toxic culture in desi society regarding the stigma around love marriages. The drama stars Feroze Khan as Hamza and Ramsha Khan as Hamna, his girlfriend of four years. Hania Aamir is playing Ramshaâ€™s sister, Rumi in the play.

The story revolves around Hamna being unable to speak up to her family regarding her relationship with Hamza and in the end agreeing to an arranged marriage out of fear. In its latest episode, the show begins with Rumi, shown as unnecessarily oblivious to her sisterâ€™s disinterest in this marriage, who proceeds to arrange a meeting between Hamna and her husband-to-be (Azeem played by Gohar Rasheed) at their house despite their fatherâ€™s resistance. Throughout this, Hamna seems to have transformed into a voiceless puppet. 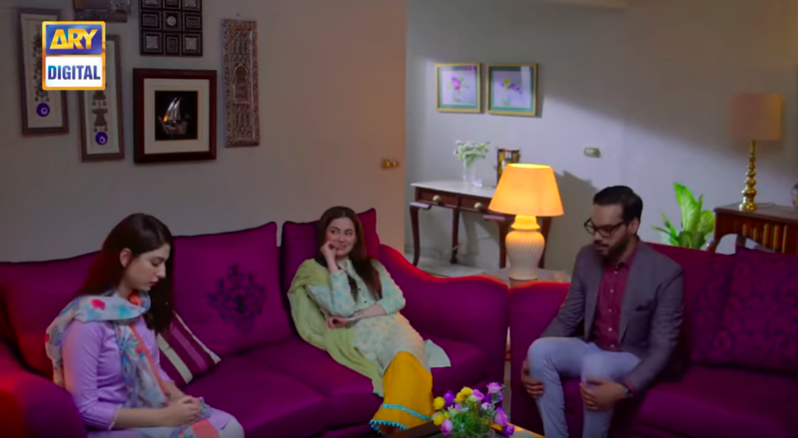 While this is going on, Hamza is constantly being misguided by Hamna about the reason due to which sheâ€™s been MIA for days. Next, we see Hamna signing the nikkah papers while crying over fond memories of Hamza. As Hamna signed away, with zero regards for what this would do to Hamza, he gets into a fight with his parents, about his right to choose his partner rather than them choosing one for him. Precisely what Hamna should have done.

All Hamna does throughout this episode (or perhaps the last three) is silently weep and try to be a martyr to keep her relationship with her family intact. When Hamza gets a hint of there being more to Hamnaâ€™s silence than meets the eye, and it’s not just about her fatherâ€™s health, he sends one of their mutual friends to Hamnaâ€™s house to find out the situation. Upon finding out the real cause, the friend also lies to Hamza, as per Hamnaâ€™s instructions. Only the writer can know about how much longer Hamna expects to keep Hamza in the dark because for us, it’s a mystery.

Azeem, who is now Hamnaâ€™s husband, takes her out on a dinner date where she again turns into a voiceless puppet for the entire duration of the date. The episode ends with her trying to avoid Hamza in university, who later corners her in the library. 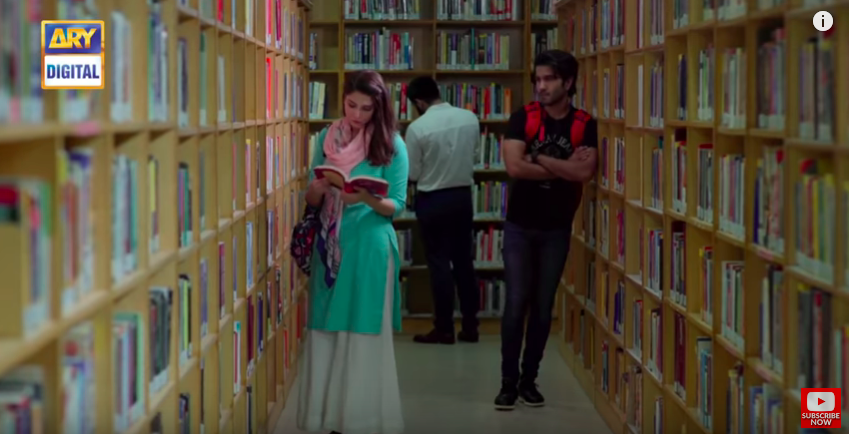 What is praiseworthy about this show is that itâ€™s trying to portray a very real social issue where girls are forced into an arranged marriage because of the stigma around love marriages. The show also depicts how itâ€™s not just young naive girls, but also educated strong individuals who are afraid to convey their choice to their parents out of the fear of their reactions.

However, in this situation, if Hamna had the guts to date for four years, knowing her parents for 20-something years, she shouldâ€™ve at least spoken up to somebody about her dilemma. This a sad reality about how many young couples part ways while having dated for years. Also, her parents are shown to be calm and collected individuals and not that strict, so her fear of their reaction seemed completely uncalled for.

Hamza seems like the only victim and the only sane person in this entire situation. Aside from his character flaws, it is Hamna who has wronged him, after stringing him along for years. Itâ€™s not fair for girls to disregard their partnerâ€™s feelings altogether in the name of fear as both sides are heavily involved in these situations. Acting hastily ruins not just their own lives, but also the lives of the partners they later settle for.

What can be predicted for the future is that Hamnaâ€™s selfishness will ruin several lives around her, including Azeem, Rumi and Hamzaâ€™s. 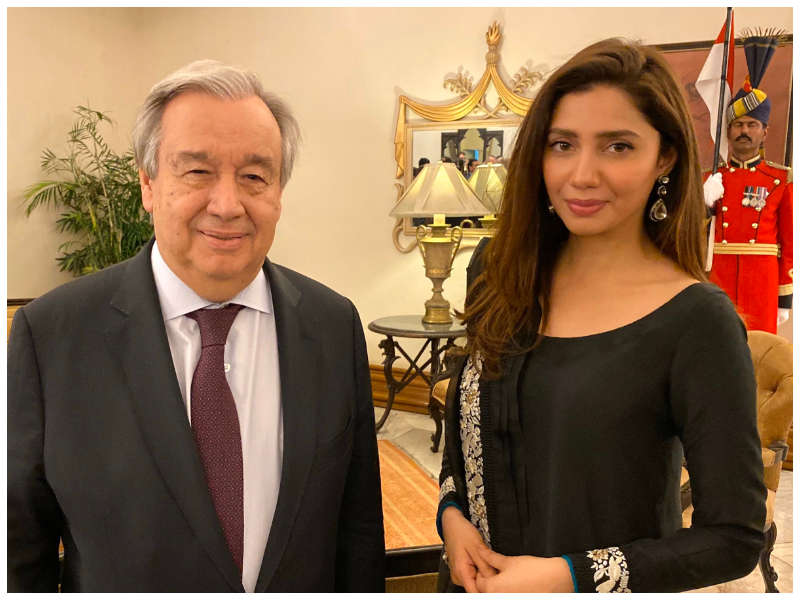 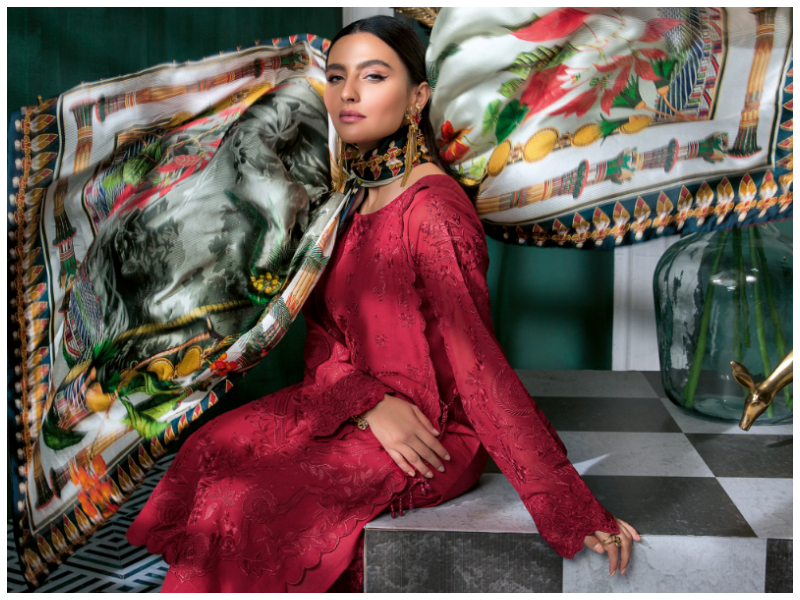