If only our desi fruit-wallahs were as cute and the fruit looked as good too. But I know ours tastes better 🙂

From Piccadilly Circus the previous night to Oxford Street in the morning (again), my second day in London began with a visual array of sharp style. Street fashion. Razor sharp mohawks, grungy layers, hot pants as well as peddle-pushing denimâ€¦what a smorgasbord! I took a four storey tour around Debenhamsâ€™ flagship store (it would be amazing if we got even a fraction of this back home), made the customary homage to Selfridges, absorbed the conceptual window displays all across the street and then finally, head out to my dream destination of the day: the V&A.

Â Art and history is always fascinating but this time the Victoria & Albert Museum attracted me for the exhibition of Ballgowns: British Glamour since 1950 that is on display. From spectacular concoctions of the mid twentieth century high society to modern, streamlined columns of silks and swarovskis for red carpet glamour, this exhibition scanned sixty years of the British ball gown and itâ€™s sartorial journey from big and imposing to furry, feathery, metallic and finally shimmering, sleek and slender.

It explained how the purpose of ball gowns had evolved over the years, traveling from â€˜private event to the public paradeâ€™, from society balls to charity balls to red carpet events and fashion galas. All lent to the V&A by owners/designers, the gowns were true couture pieces, made for individual and important clients including princesses, film stars, models and heads of states.

It was interesting to read how couture pieces, despite being one of a kind, still do run the risk of repetition.

Fashion: Ballgowns at the museum.

â€œThe ballgowns in this gallery are mostly couture pieces,â€ the leaflet read, â€œhandmade for a particular client. These dresses would have been shown as part of a designerâ€™s collection and then chosen by the wearer to be made up in their size and shape.

Knowing where the client will wear the dress is essential in order to avoid two people arriving in the same garment. For the initial event this may be possible, but when the dress is worn to subsequent parties, the matter is out of the designerâ€™s hands. David Sassoon of Bellville Sassoon recalls being informed in the 1970s of four important clients invited to stay with the queen at Ascot weekend. All four arrived to dinner in versions of the same dress.â€

Â As I made my way through Alexander McQueenâ€™s feathers, Vivienne Westwoodâ€™s voluminous silk and taffeta, May Katrantzouâ€™s hand embroidered columns and Gallianoâ€™s design (whether you like it or not, each gown has an individual statement to make) I couldnâ€™t help but wonder how useful this exhibition would be to fashion students back home. Ironically, though the idea of a ball or ball gown is alien to Pakistan, fashion students are expected to learn how to design one and most unfortunately remain clueless through that course since balls are not part of our lives at all.

Groups of school children being shepherded around the museum (which has free entry!) gave me a reality check of how and why these kids would grow up with a more mature (and aesthetic) overview of the world. They were being exposed to the wonders of the medieval times, the mysticism of ancient China and Japan, the serenity of Islamic eras, the richness of the entire South Asian belt and much, much more. While shows like Game of Thrones and â€˜the nine o clock news headlinesâ€™ focus on the more barbaric side of modern life, itâ€™s museums, art and literature that offers the delicate fine balance that prevents us from sliding back into barbarianism.

When did we give up on our history, I wondered? How many times are our kids taken to the Mohatta Palace Museum in Karachi, the National Museum in Lahore, art galleries, plays or concerts or even the odd musical that comes to town? Security threats loom ominously over Karachi but what excuse does Lahore have? If Taming of the Shrew in Urdu can do well at the Globe in London (as part of the Queenâ€™s Jubilee celebrations) then why canâ€™t it be staged back in Lahore too? Or maybe it will be.

But why canâ€™t the Lok Virsa museum in Islamabad take a lesson or two from the V&A? Fashion weeks in Pakistan are forever commissioning expensive consultants to teach designers how to stock and sell abroad. How about commissioning a team of experts from London to teach us how to document and preserve our heritage in Pakistan first?

The trip to V&A left me frustrated and so I head out to Covent Garden, for a meal at

Fareshteh and I after a meal at Jamie’s Italian

Â Jamie Oliverâ€™s Italian. Food, I believe, is the one slice of life that Pakistan is forever tasting so this excursion promised to fulfill not frustrate. Baked chestnut mushrooms with music bread as starter, a humble green salad with mint and butter milk dressing and an Angus sirloin steak later I was a happy camper. Jamie Oliverâ€™s encouraging smile (he was there in spirit not person) motivated my friend and I to order to our heartâ€™s delight. And the Pimmâ€™s (a quintessential British cocktail laden with summer fruit) I washed everything down with â€“ albeit virgin â€“ left me with enough buzz to carry me through the rest of the day.

It was a good day, one that has left me with the drive to initiate a fashion museum in Karachi. I hope the mighty patrons of art are reading. 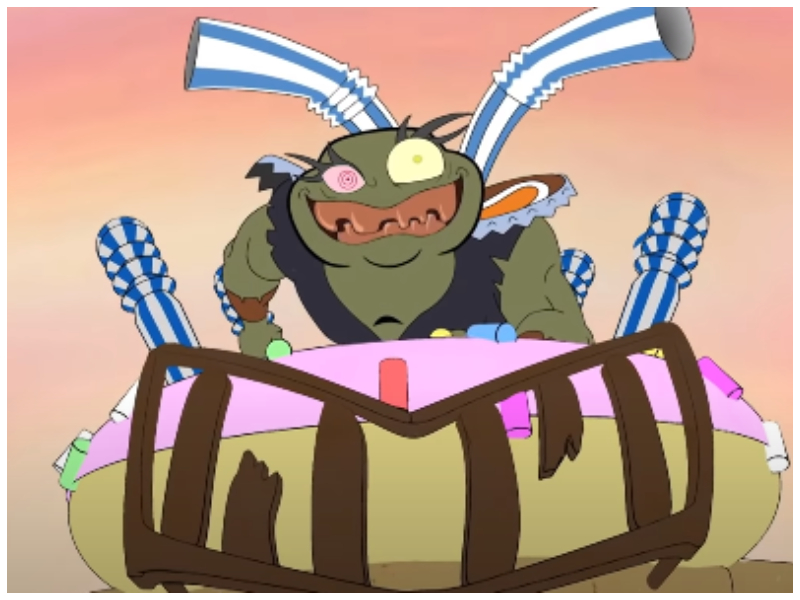 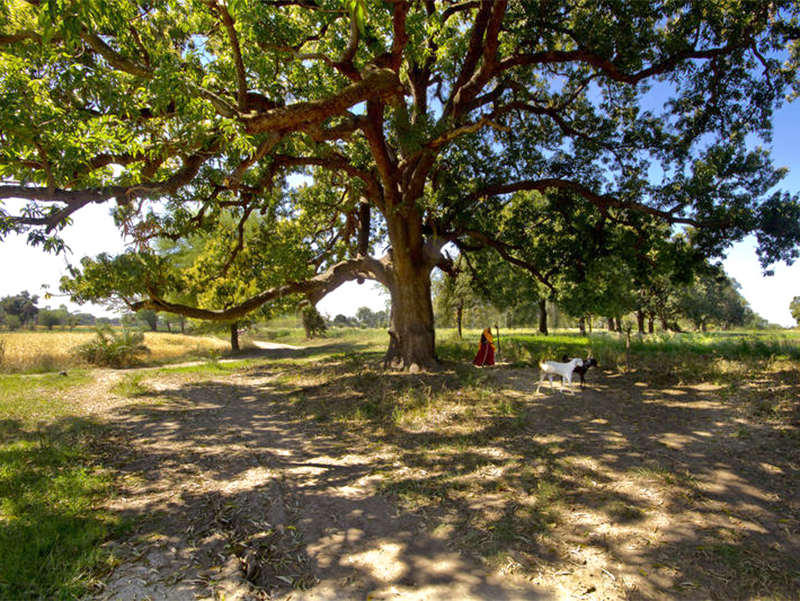 My family & besani rotis in summertime