It’s been a crazy two weeks, wrapping up freelance commitments that I had made whilst joining Instep as Editor. In that crazy roller coaster of a ride I’ve not foundÂ the time to blog. But hopefully, in a week or two, things should be running smoother and I should be back to blogging. Because it’s the love I have for the written word that keeps me going.

From planning a monthly magazine, I’ve come to daily pages and a weekender, which is more up to my speed. I love the daily page, Instep Today, because it’s almost instant. News coming in today is published tomorrow morning. With six daily pages a week and a six page weekender every Sunday, there’s room for features, reviews, interviews, gossip, trends, restaurant reviews, lifestyle, reports and much more. The best thing is the editorial autonomy I have.Â I am going to periodically upload whatever I write at Instep on my blog. So here’s the Shaan star byte, for all those of you who missed it…

OOPS, SHAAN DID IT AGAIN!

Â Pakistanâ€™s film industry â€“ past, present and possible future â€“ was celebrated at a warm but very star-studded award ceremony in Karachi this weekend. The Film Awards, organized by a local TV channel, were a glitzy affair that brought together â€œimmense star power,â€ commented show and celebrity stylist Nabila, who worked with Babra Sharif after ages.With so many stars in the spotlight, some of them were bound to cross and indeed they did when Shaan took to stage and referred to Pakistani actors working in India as â€œcheap sell-outsâ€. He said that his work was not for sale and he would never sell himself short by working in India. When he revealed the first look for his upcoming film Arth 2 he explained how he was bringing India to Pakistan as opposed to going to India himself. As Ali Zafar was seated in direct line of attack, this comment appeared to have been directed at him. And in his usual diplomatic politeness he replied: â€œIn my humble opinion it was disrespectful of my respectable colleague to repeatedly name artistes who have worked in India as cheap sellouts because this list includes people like Ghulam Ali, Nusrat Fateh Ali, Rahat Fateh Ali, Mohsin Khan, Zeba Bakhtiar, Salma Agha and Shafqat Amanat Ali. These people have gone to India and have proven their worth with their work and have received tremendous appreciation. We should respect that.â€ All weâ€™ll add is that moments like these make for evening highlights, after all who can forget Shaanâ€™s many digs at Shoaib Mansoor when he was receiving awards for Khuda Kay Liye at the Lux Style Awards. Which brings us to another controversy: have the LSAs wrapped up and retired or are they just on a very long sabbatical?Â

That much was published. And it got a lot of feedback. People were livid at Shaan’s behaviour. He apparently also took a dig at poor Humaima on stage, asking her sarcastically what A-list hero she was working in India with now. Apparently Shaan went on and on. I say apparently because I couldn’t attend. Despite being a star-studded affair, the awards were an all-nighter starting at 11 and ending around 4 in the morning. With Monday being a working day, that isn’t exactly how I wanted my weekend to end.

Anyway, back to Shaan, this isn’t the first time he’s done this. Remember the time he taunted Samina Peerzada and challenged her to make a film before criticising his. Then remember the Lux Style Awards in which he dug into Shoaib Mansoor when he was picking up an award for Khuda Kay Liye? Ironically, people may be calling it sour grapes but Shaan has never needed to be insecure. The kind of following he has is still quite unprecedented. I remember when he visited my home in Lahore a couple of years ago. My parents were so impressed with his manners (there were no starry airs) and by the time he left there were 150 people standing outside for a photo with the Shaan. I have not seen that kind of following in Pakistan again. That said, Shaan’s attitude needs to change and he should not be showing a bitter and sour side, even if he has one. A super star should behave like a super star, not like a bitter and insecure upstart.

So ‘Geo Shaan sey’, I’m afraid, was a way to lure you back to the blog! 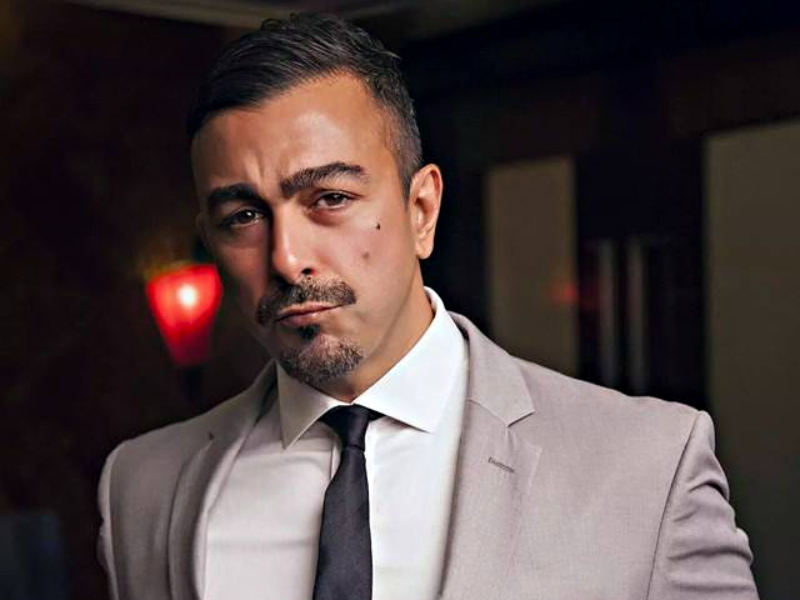 Shaan’s new status sends everyone in a tizzy

Fahad Mustafa, here’s a list of stars who made it big without going to India