Funnies: “Veena can’t be ISI, she reveals too much!”

Rumour has it that the cat got Mufti Saab’s tongue last night. He sure didn’t see this one coming despite his recent encounters with Veena. Look, the jokes are running very high since yesterday and some of them are just very, very funny.

Veena has been invited to join PTI; after all, she has no assets to declare.

If we can just get off our moral high horses for a second to enjoy the moment. For starters, I’d be delighted if I had a body like that and Veena should (and probably is) secretly be happy that she looks this hot on the cover of a popular magazine. Has anyone noticed the flat stomach and cellulite free tush? Uh, stupid question. Moving on…

VM’s version (as heard on her midnight interview on GEO): “It was a bold shoot, but is was not a nude shoot. It was a shoot with jackets and boots etc. FHM has photoshopped (I don’t remember the exact word she kept using) my clothes off, which is very very wrong. I have spoken to my lawyers and they will be taking legal action. The ISI tattoo was a pun on how the ISI is blamed for everything that goes wrong in India.”

I think that Veena did pose for a topless shoot, which was supposed to be covered up by body art and tattoos. She did say in her interview that “the ISI tattoo was just one of the many tattoos that they were supposed to photoshop on my upper body.” Uh, how can anyone super-impose tattoos over a clothed body? I do think the shoot was topless (which explains the ‘bold’ and her pose in which she’s covering her breasts with her hands). Why would she be standing like that if she was wearing anything. It’s a cover-up shot, surely.

I do think she was wearing trousers or tights or something on the lower half of the body which explains the fake crotch and the near-perfect tush and legs. They are photoshopped versions of her real legs and knees.

The ISI tattoo, however, was a bad joke gone wrong. That said, it has brought Veena and FHM the publicity that either could have hoped for from this shoot as even if she didn’t agree to the nude shot, she did agree to the fake ISI tattoo. Even a dimwit could have foreseen the trouble that tattoo would have whipped up and Veena is no dimwit.

Nude and politically incorrect: it’s a match made in media heaven and publicity is exactly what they got out of this shoot. Smack on the eve of her Swayamwar episode. Perfecto!

Previous post
Are you addicted to Humsafar too?
Next post
So who’s showing at the PFDC L’Oreal Paris Bridal Week? 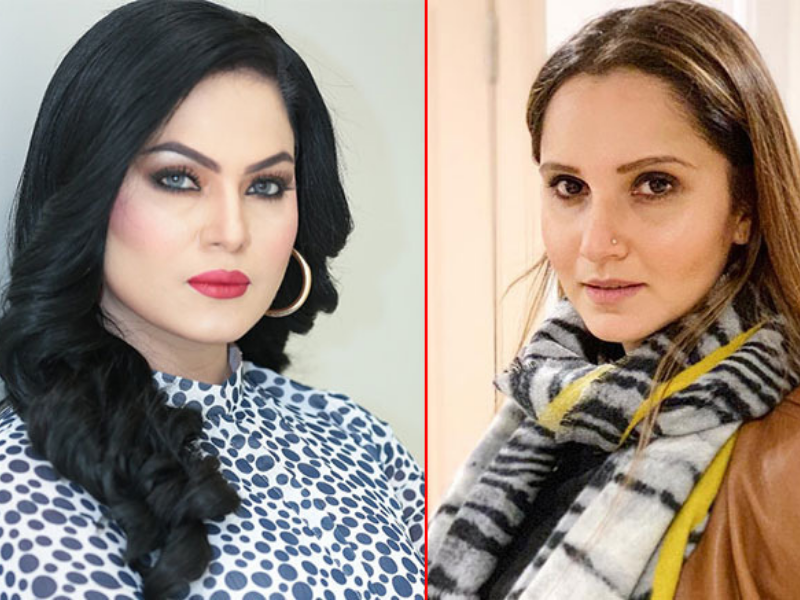 The (once) Haute has-beens

7 things we wish we hadn’t seen this Ramzan